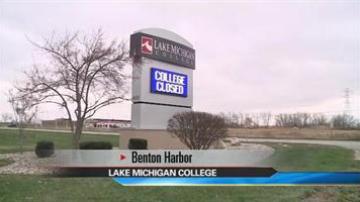 Michigan State Police say an employee that was fired Thursday called a friend to vent.

That friend called the former workers' union boss to tell him how angry the man was.

The boss at the union shop decided to close his office as a safety precaution.

Police say after someone on campus noticed the office was closed, they notified security, who then contacted the Benton Township and Michigan State Police.

The school's vice president says it is their protocol to shut down any time any threat is made in order to protect students and faculty.

According to police, they have told both the union office and Lake Michigan College they can reopen because the threat was not credible.

Police say no arrests will be made and no names of those who were involved in the incident will be released at this time.