Lake Michigan drownings are way up in 2019

NOW: Lake Michigan drownings are way up in 2019

That happens to be the most drownings ever recorded in a single year in the Great Lakes. 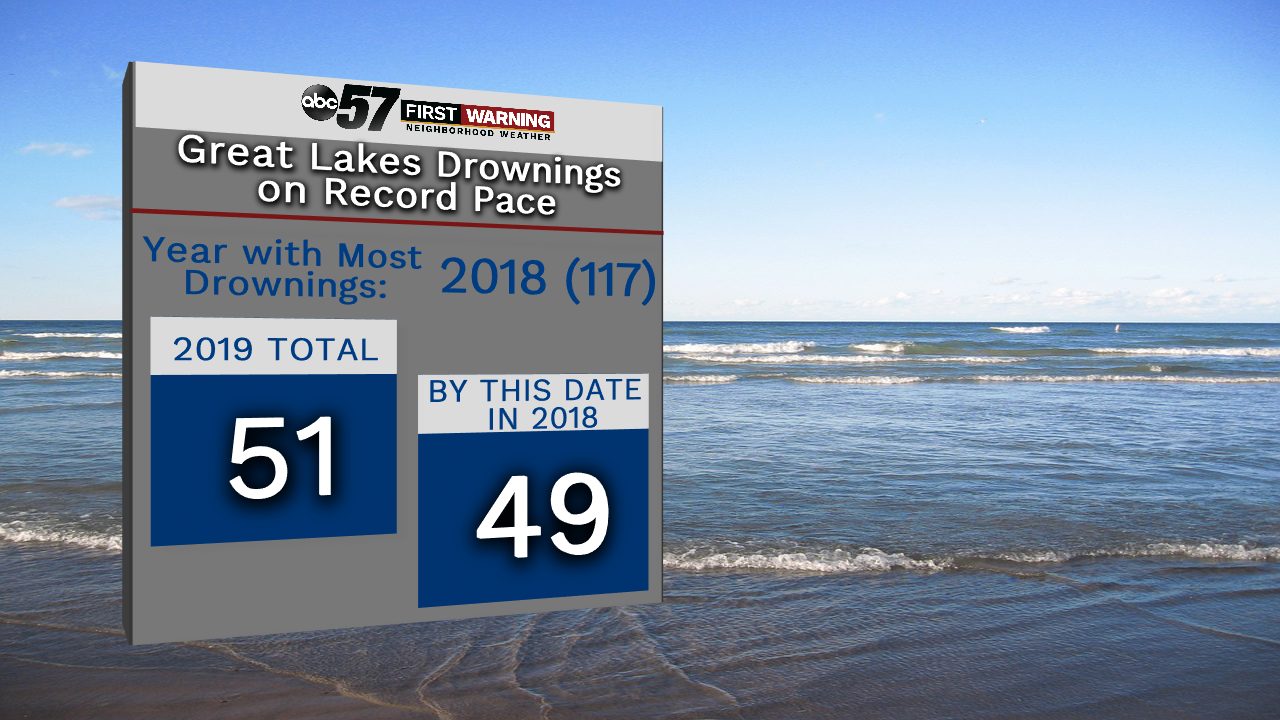 Thru July 28th, a total of 27 drownings have occurred on Lake Michigan, according to the Great Lakes Surf Rescue Project. That is significantly higher than the 15 drownings reported on the lake by this same time last year. 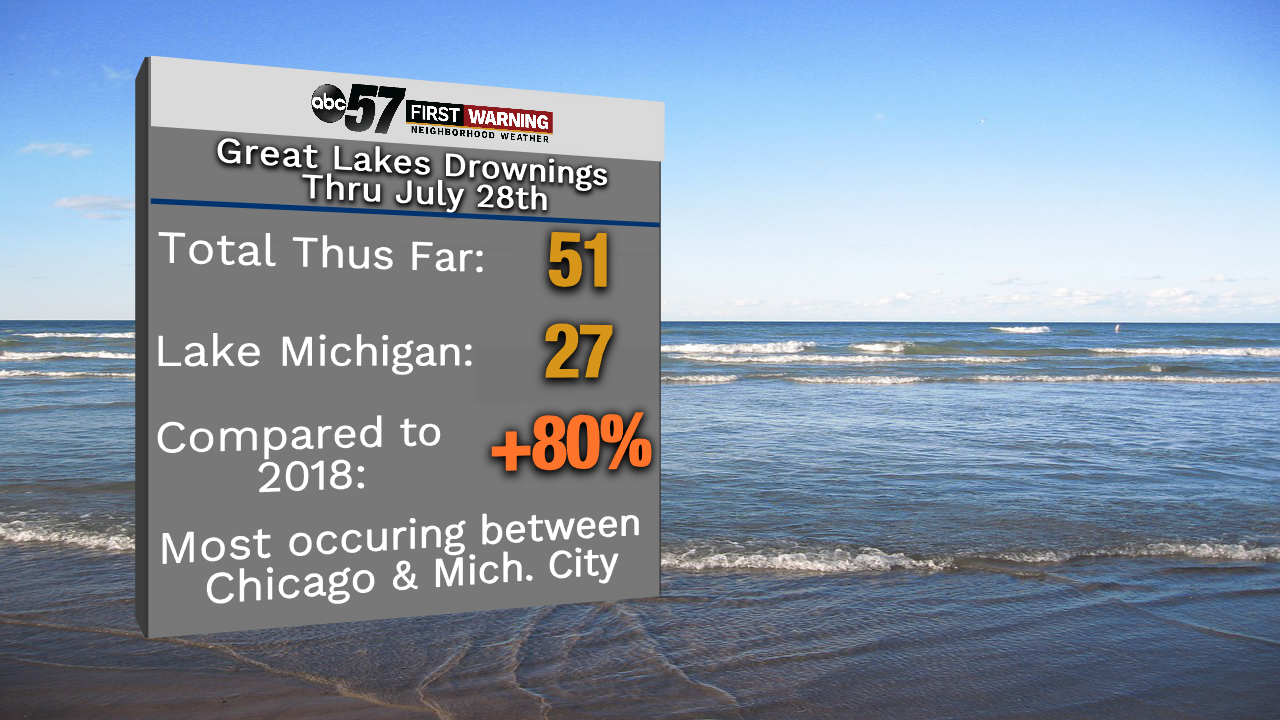 Lake Michigan drownings are particularly high in 2019. Great Lakes Surf Rescue Project
It's actually 80% higher. Most of the drownings that have occurred on the lake have happened between Chicago and Michigan City. None have been reported along Berrien County to date. 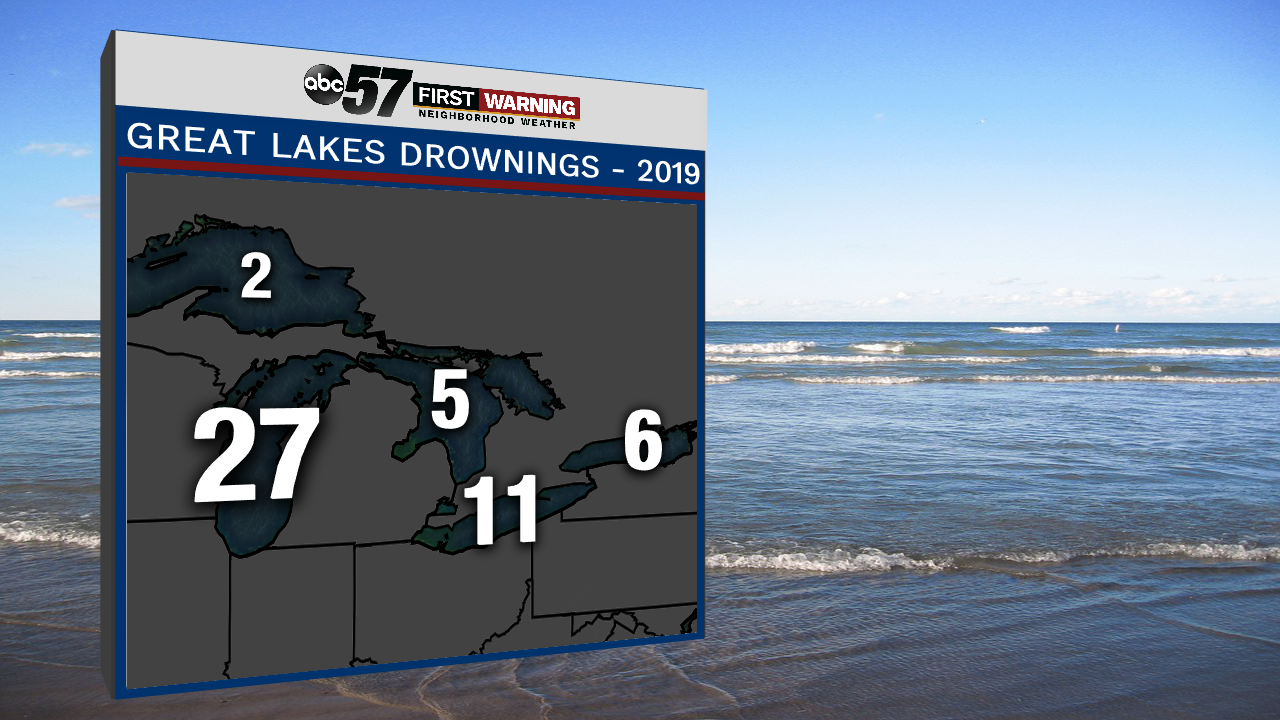 If you search around online you may see a different number than 51, though. According to the United States Coast Guard Ninth District, a total of 64 drownings have occurred on the Great Lakes in 2019.

That number adds in the drownings that have occurred on Lake St. Clair near Detroit. Recently, the Coast Guard issued a map pinpointing each of the 64 drowning reports of 2019. You can see that below. 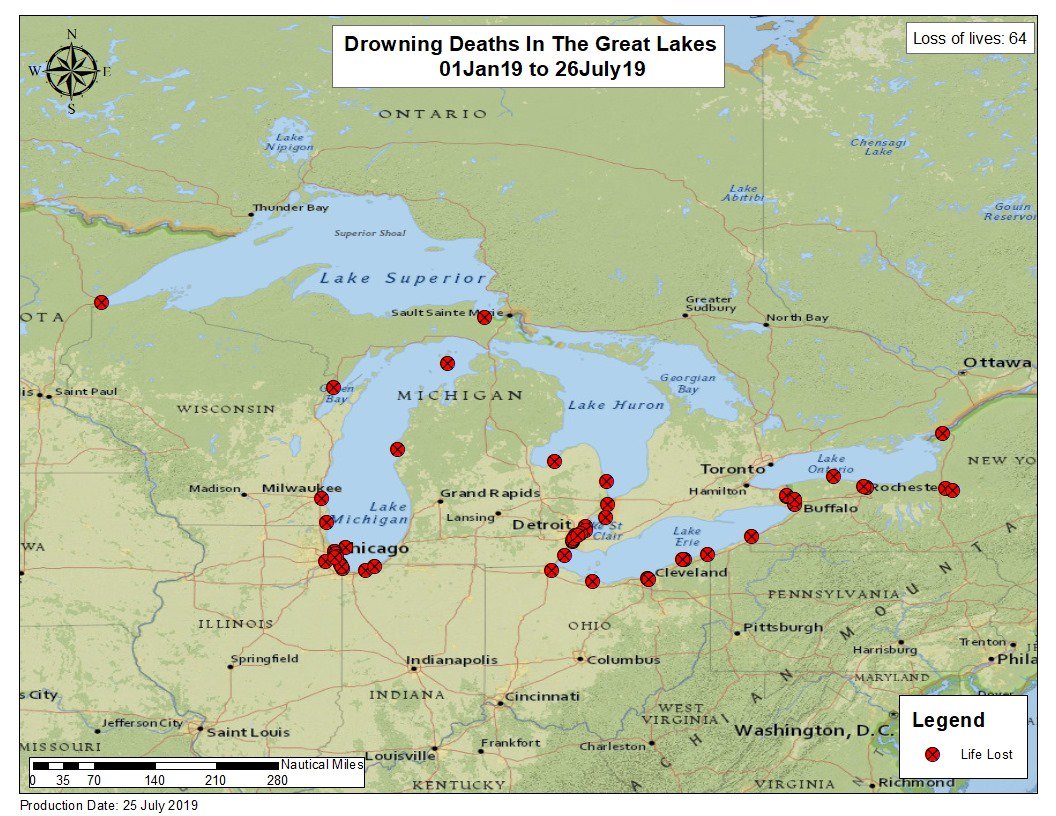 Drownings in the Great Lakes and Lake St. Clair near Detroit. United States Coast Guard
With it still being July, and dangerous swimming conditions becoming increasingly likely as we progress thru August due to cold fronts and shots of northwesterly winds, it's possible we haven't seen our most active stretch yet in terms of drownings and rescues on the lakes.

Of course, it's impossible to say whether or not a given stretch of days will feature rescues or drownings.

But we can be proactive.

When going to the beach, it's important to know what the weather and swimming conditions will be like. You can always check the National Weather Service for detailed daily beach forecasts. 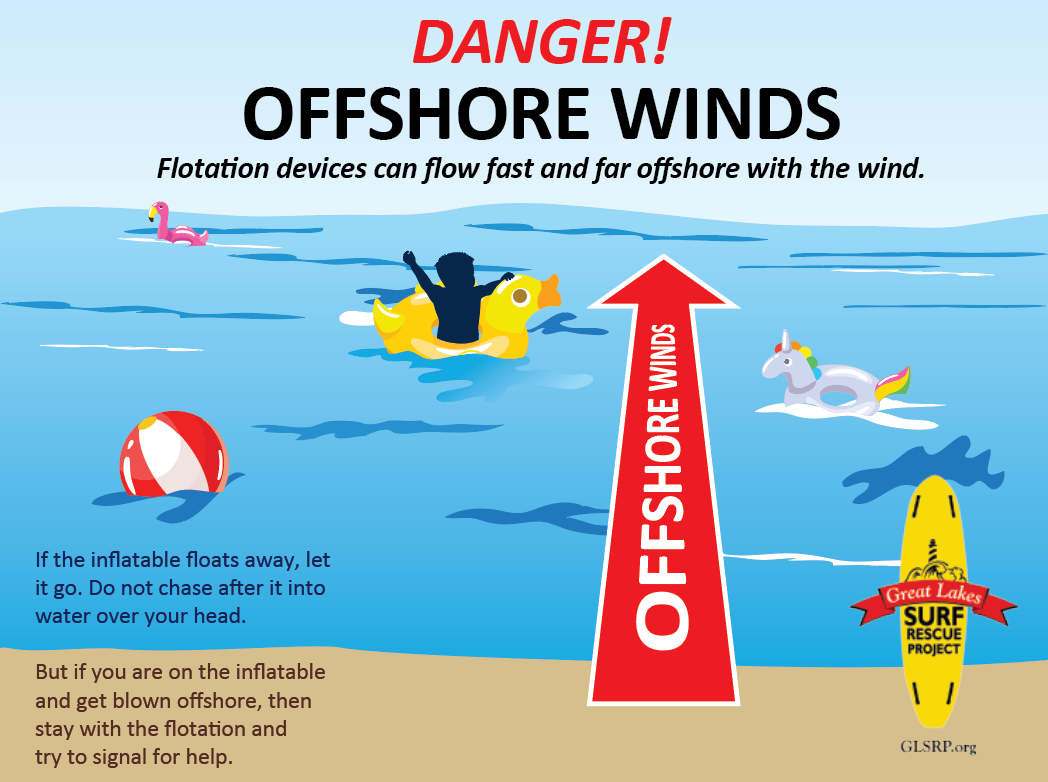 Offshore winds are particularly dangerous along Great Lakes beaches. Great Lakes Surf Rescue Project
If a beach is flying a red flag, stay out of the water. If a yellow flag is flying, use extreme caution if you plan on swimming. Always heed the warnings when you head to Lake Michigan as many beaches will make their own decision on what color flag to fly based on the exact conditions at that beach.

And it may not always be rip currents or large waves causing potentially dangerous swimming conditions. Wind speed and direction can create hazardous conditions by themselves.

The Great Lakes Surf Rescue Project says it's important to know if the wind is onshore, offshore or side-shore.

Onshore winds can create larger waves and dangerous rip currents, but offshore winds can be dangerous as well. They can push unsuspecting swimmers away from the shoreline in a matter of minutes.

If you keep all of this in mind, and plan accordingly, you can enjoy Lake Michigan safely!