Lake Michigan treasures: what can be found right here

NOW: Lake Michigan treasures: what can be found right here 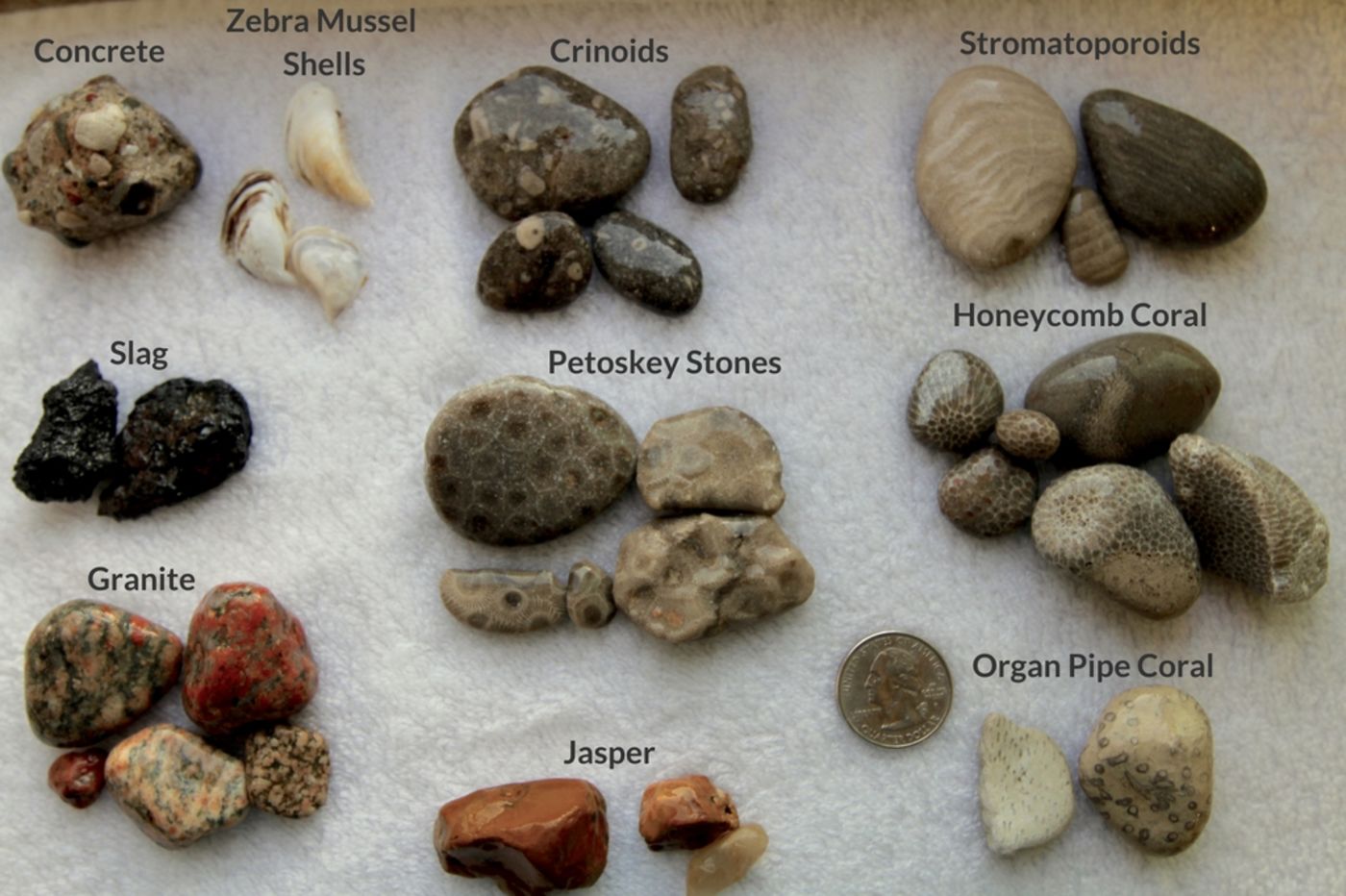 Lake Michigan rocks and fossils. Paul Mayer, Field Museum
Have you ever stumbled upon an interesting rock or fossil along Lake Michigan? If so, it wasn't random. This Great Lakes region was once like the Bahamas or Great Coral Reef in the sense that we were tropical and very warm. That was millions and millions of years ago. Regardless, for that reason, we have some very interesting geology right here along Lake Michigan, including plenty of nifty rocks, minerals and fossils. Oftentimes, they are "beat up" by waves and sand and look shiny, glossy and more gem-like than rock-like. The best news? You could find plenty of them by simply heading out to the lake shore and spending a few hours searching.

Paul Mayer, the Fossil Invertebrates Collections Manager at the Field Museum in Chicago, Illinois, has a helpful article on the web that breaks down the different types of fossils and rocks that you can find along the Lake Michigan's eastern shore (the Michigan side).

"There's lots of fossiliferous rocks that have been broken down by waves on the beach. So you've got a pretty good chance [of finding them]. The more rocks you pick up and look at, the better the odds of finding them. If you go to any beach, there's a good chance you can find at least a couple fossils," Mayer told ABC 57 News.

Mayer says he found all of the rocks and fossils pictured above in about one hour near Petoskey, Michigan. They include concrete, zebra mussel shells, crinoids, stromatoporoids, slag, Petoskey stones, honeycomb coral, granite, jasper, and organ pipe coral. And, while it's no guarantee that you'll find that many varieties in such a short amount of time, he says it's always an adventure. There are some things to keep in mind, according to Mayer, if you want to increase your chances of finding the coolest and rarest rocks and fossils.

"Anything that turns up the lake, brings in bigger waves and, you know, you get more stuff deposited up on the beach is a good chance. You might also have better luck just going in the morning before other people get out there and pick up the fossils too. After a big winter like this when the ice...I think you had some ice flows piling up on the shore...that might have brought up some stuff."

In other words, the best time to head out and look is:

•After big waves and/or strong west or northwest winds

•After thunderstorms push across the lake into Michigan

•During the morning hours

•After the ice shelf melts away into spring