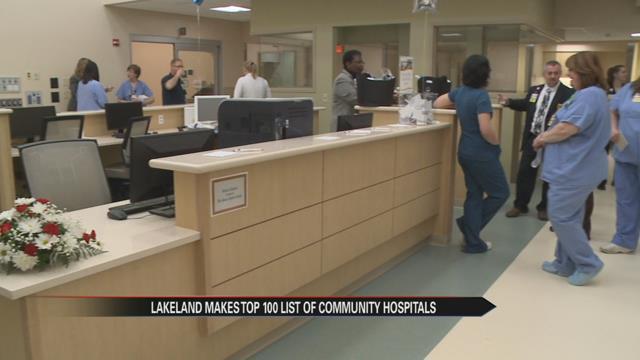 St. Joseph Michigan may be a small community, but a local hospital in the area is getting some major national attention.

Lakeland Medical Center has been named one of the 100 Great Community Hospitals in the United States by Becker's Hospital Review.

Lakeland is one of only four hospitals in the state of Michigan to make the list.

To make the list, hospitals have to meet a certain number of criteria including clinic quality, patient satisfaction, safety, and the value for your wallet, according to a press release from Lakeland Medical Center.

They also have to be the only hospital in their community. Lakeland is servicing a city of a few more than 8,000 people.

Some reasons Becker's gives for adding Lakeland to the list are its achievements.

It was named a Healthstrong hospital in 2014, and received a governors award for excellence in the same year.

This is Lakeland's second year in a row making the list.