Lakeville teen arrested on charges of rape and child molestation 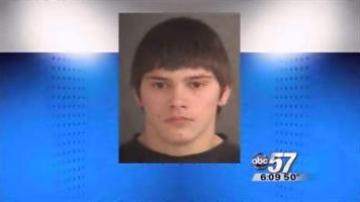 LAKEVILLE, Ind. -- A Lakeville teen is being charged as an adult.

Police said he raped a 13-year-old girl at the end of November.

16-year-old Cody Oliver has been formally charged with rape and child molestation.

It is a shocking crime for the small community.

Police arrested Oliver on Dec. 2 after interviewing him and the victim.

Police said Oliver and the girl were at a house in Lakeville playing video games when the alleged rape happened.

Due to the seriousness of the crime it will be waived into adult court.

If convicted, Oliver will face six to 20 years in prison on both counts.