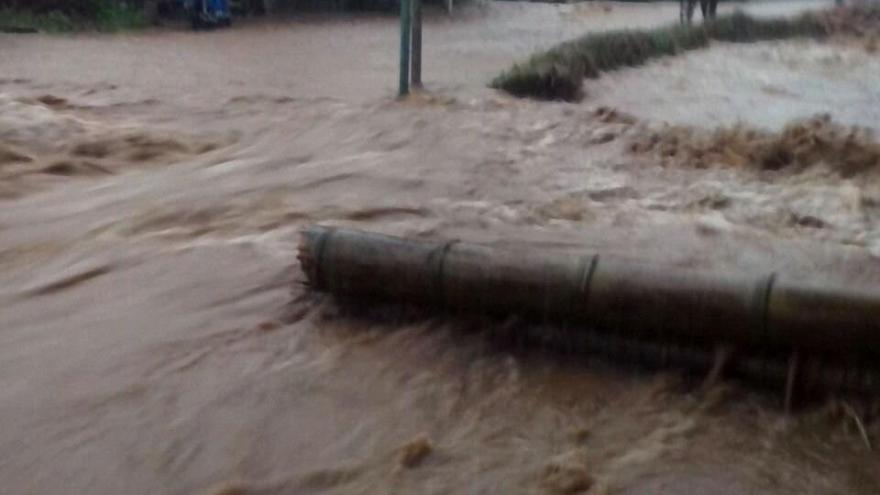 (CNN) -- Nearly 50 people are feared dead after a landslide swept two buses down a gorge in Northern India, according to Indian state-run news outlet DD News.

DD News reports the buses had stopped for a break along the road when the landslid hit, sweeping the buses some 800 meters (more than 2,600 feet) down a gorge.

So far rescuers have been able to retrieve 34 bodies according to DD News.

Monsoon rains have battered the region and caused widespread flooding as well as landslides.

Members of the Indian military and the Indian National Disaster Response Force are on the scene aiding with search-and-rescue operations.

Along with the buses, 200 meters (about 650 feet) of National Highway were also damaged.

Indian Prime Minister, Narendra Modi expressed his grief over the loss of lives on Twitter.

"Pained by the loss of lives due to landslide related accidents in HP's Mandi district. My condolences with the families of the deceased," Modi posted.

Modi added that he "[prayed] for the quick recovery of those injured."