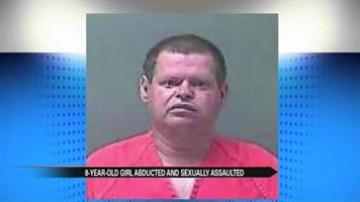 LAPORTE, Ind. -- A 50-year-old LaPorte man has been arrested for allegedly sexually assaulting an 8-year-old girl at Stone Lake Beach.

According to investigators, LaPorte Police were called to Stone Lake Beach at 12:33 p.m.

Investigators learned Cooper approached the girl while she was alone on the hill and allegedly lured her away and sexually assaulted her.

Witnesses who saw Cooper around the park earlier led police to a residence on CR725W in LaPorte.

Friday, hundreds of people were at the beach. Some knew about the assault.

"This little girl was with her family and it's like how can a stranger lure them away and something happens and you're not even aware of it? It's extremely scary," said Anna Lenardson of LaPorte.

Some visitors had no idea what happened.

"To know that happened there is just horrible because you don't think it and then when something happens, you know you're not safe anywhere, anything can happen," said Corey Crowel of LaPorte.

They were all relieved to hear someone had been arrested, but parents were cautious anyway.

"My daughter as we were talking to her earlier said they gave the lecture, no wandering, no going to the restrooms by yourselves, you stay put so that we can see you at all times," said Lenardson.

There is no known connection between Cooper and the girl or her family.

Cooper is being held in the LaPorte County jail on $10,000 cash bond.