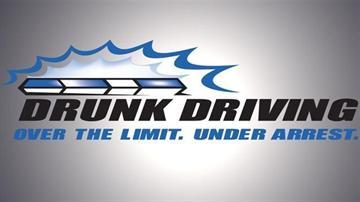 LAPORTE, Ind. -- The LaPorte Police Department announced Thursday that officers made seven alcohol-related arrests during the "Drive Sober or Get Pulled Over" impaired driving crackdown. The enforcement was conducted Aug. 19 – Sept. 5.

“While our efforts did result in the arrest of several individuals, that was not the goal for this campaign,” said Assistant Chief Tom Heath. “Our aim, first and foremost was to keep LaPorte roadways safe, and hopefully, save a life,” Assistant Chief Heath continued. “According to our results, I believe we’ve been successful in meeting that objective.”

To learn more about Drive Sober or Get Pulled Over enforcement efforts, visit www.StopImpairedDriving.org.

“Drive Sober or Get Pulled Over” was supported by federal funding allocated to the La Porte Police Department from the Traffic Safety division of the Indiana Criminal Justice Institute (ICJI). More than 10,000 law enforcement agencies participated in this nationwide enforcement effort, which generally occurs around the Labor Day holiday.

(Source: This was a press release provided by the LaPorte Police Department.)