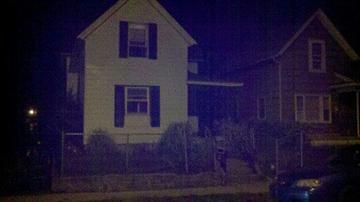 South Bend Police officers told ABC 57's Jaclyn Kelley that a group of guys busted a party that was going on at 1233 West Van Buren Street. The guys were told to leave. They threatened to shoot up the house but left.

According to officers the men came back and shot 20-35 bullets into the home. Two people were injured at the home. It's unknown if they were inside or outside the house at the time of the shooting. It was first thought that one of the victims was shot three times, it turned out that each person was shot once. One person was shot in the hip, the other in the stomach and once in the leg. It is not clear at this time who was shot where.

The victims are said to be in their late teens to early 20's. They have not been identified.

The third person that was shot is the suspect. Officers aren't sure if he was shot by returned gun fire or if one of his buddies shot him on accident inside the car. It's unknown the extent of his injuries. The suspect has also not been identified. He is described as also a late teen to early 20's.

At this time officers say it appears that none of those shot have life threatening injuries.

Jaclyn said that she saw a young man in handcuffs brought into the hospital. He was not injured. She was told by officers that they believe they located the suspects red SUV. A cell phone was located in the vehicle and taken into evidence.

Investigators remain on the scene collecting shell casings and other evidence in the shooting.

Memorial Hospital has been placed on lock down until further notice.

Stay with ABC 57 News as we continue to track this breaking news story for you.