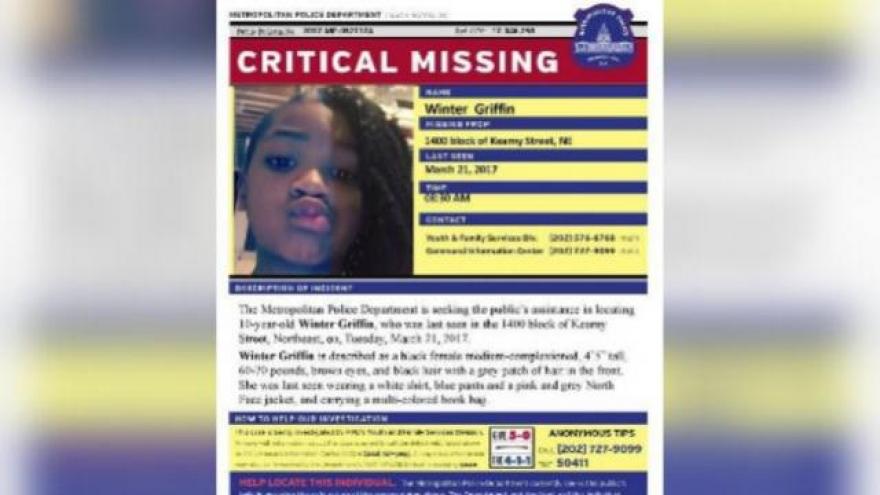 WASHINGTON (CNN) -- A coalition of African-American members of Congress announced Friday that it will hold a town hall next month to address the dozens of missing black children in Washington and nationwide.

The announcement by the Congressional Caucus on Black Women and Girls comes amid calls for federal assistance to help locate missing African-American girls whose profiles are posted almost daily on the Washington Metropolitan Police Department's Twitter feed.

"In 2014, the Black and Missing Foundation reported that 64,000 black women and girls were missing nationwide," Rep. Bonnie Watson Coleman, D-New Jersey, said Friday in a statement. "It appears that there are many structural and institutional components contributing to the issues, including economic disadvantages and/or poverty in communities of color, disparate treatment of missing black women and girls by law enforcement, and lack of public awareness or response."

"Therefore, on behalf of our constituents and the thousands of missing children and women of color across the country we will call a town hall to discuss and dissect this national emergency and seek to push forward proposals that will reconcile this disparity," she said.

The group said it had not yet finalized the timing or location for the event.

"This town hall builds on one that recently I hosted in Chicago examining this crisis and the excess risk factors facing black women and girls," Rep. Robin Kelly, D-Illinois, told CNN. "We need a nationwide solution to address this nationwide problem."

The Metropolitan Police Department recorded 501 cases of missing children so far in 2017.

"We have received a lot of media attention and a lot of concern from the public because of the number of releases," MPD Commander Chanel Dickerson said at a March news conference. "There have been concerns that young girls in the District of Columbia are victims of human trafficking or have been kidnapped, or that there's an increase in the number" who have gone missing.

"And I say this without minimizing the number of missing persons in DC -- because one missing person is one person too many -- but there's actually been a decrease," she added. "There is always a concern of human trafficking, but we have no evidence for this."

The lawmakers hope the town hall leads to policy solutions to combat this problem.

"This town hall will include representatives from law enforcement, advocacy groups and community members and other relevant stakeholders who are influential in this space to ensure that all perspectives and concerns are heard," said Kirsten Allen, a spokeswoman for Coleman. "The Caucus co-chairs and caucus members seek to understand these perspectives and, in turn, will use them to inform potential policy and programming solutions on the federal level."

The Congressional Caucus on Black Women and Girls was launched in 2016 by co-chairs Coleman, Kelly and Yvette Clarke.