Leaf piles could clog drains, cause flooding during rain 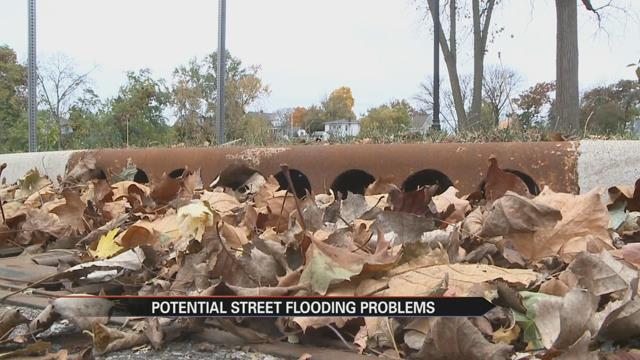 The first big rain of 2015 comes right after the leaves have started to fall in full force.

As the city of South Bend begins leaf pick-up, crews are hoping homeowners across the city listen up to help prevent clogged drains and flooded streets.

“There’s a lot of leaves out there that could stop the rain from draining down the drains,” said L.C. Walker, who has lived in the Wooded Estates neighborhood in South Bend for 10 years.

Walker says he’s seen his fair share of street flooding, so he does everything he can to keep his leaves from clogging the catch basins and drains.

That includes raking them onto piles on the curb, rather than the street.

“If you just rake them from your yard and put them on the side of the sidewalk and not beyond there, then when the leaf pickup comes along, they can suck it up with the machine.” Walker said.

That’s exactly what the South Bend street department is doing.

“Piles float down the street and they’ll follow the water to the catch basin and that’s it. That’s where it stops,” Brucker said.

Brucker says his crews can only clean up so many leaves a day.

“We’re not far enough ahead to stop what’s going to happen tonight with this rain.” Brucker said.

Any part of the city where leaves can clog the drains are at risk for street flooding.