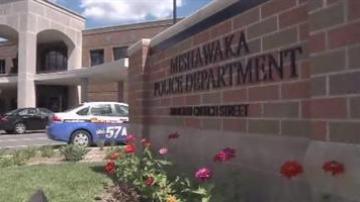 ST. JOSEPH COUNTY, Ind – Tarrence Lee made his first court appearance via video conference on Tuesday. He is charged with the murder of his wife Trina Winston, whose body still hasn’t been found.

In court Lee asked for a public defender and a future court date was set for the end of August.

On Tuesday ABC 57 got a hold of two police reports that show a past of domestic violence between Lee and Winston.

The first report was filed by Winston on June 14th claiming she was a victim of domestic violence.

Five days later on June 19th she filed for divorce.

The report said she was abused with personal weapons including "hands, feet, teeth, etc."

It said states pictures were taken of bruises on Winston’s neck and stomach.

The second report is a request for a welfare check on Winston from June 29th.

The report states that Winston was staying at the YWCA and had gone back to Lee’s apartment to "get some items." According to the report she told the YWCA if she didn’t return to call the police.

We spoke to the YWCA on Tuesday. Representatives told us they couldn’t comment on any specific cases. They also could not confirm or deny who stayed there.

They did sit down with us to lend some advice on how to help those who are dealing with domestic violence.

YWCA C.E.O. Linda Baechle said they serve about a thousand women and children every year. Last year they helped 1,431 people who were fleeing from domestic violence.

Baechle said it’s important to understand that domestic violence is a cycle and that it will repeat itself.

In fact it can get worse.

"The pattern of domestic violence cases is once there’s an outbreak of violence in a relationship that it does tend to escalate in severity and in frequency," she said.

Baechle said when someone comes to them for help, they start by assisting them in creating a "future story", a safety plan, and of course they are there for support.

She said it can also be a difficult experience for friends or family watching the violence from the outside.

If you know someone who is a victim of domestic violence, here’s some advice.

"The most important thing you can do is believe the story that they’re telling you. Tell them you’re concerned about their safety, tell them that there are places they can go for help if they need safe, emergency shelter," said Baechle.