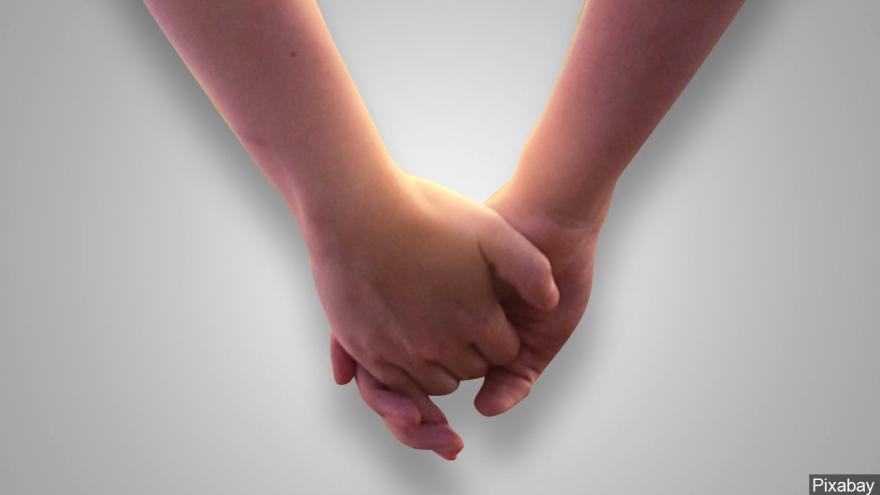 DELPHI, Ind. (WXIN) -- It's been over two years since Abby Williams and Libby German were brutally murdered on the Delphi Historic Trails. Just last week, investigators released a brand new sketch of their killer. State police also released video and more audio of the man.

Now, the victims’ families are searching for a suspect who may have never left their small Indiana town.

Libby's sister, Kelsi, is getting help from someone who knows exactly what she is going through. That person is Michelle Cruz. The Golden State Killer murdered her sister, Janelle.

"It feels like it’s only been a month," said Kelsi.

Time goes by fast for Kelsi, whose memory of that day has never faded away. She was only a junior in high school when someone killed her younger sister, Libby, and her best friend, Abby.

"For the first year, I was kind of in denial," said Kelsi. "I would still go in the driveway, look at her bedroom, and see if the light was on."

Kelsi does not want to know the details of what happened to her sister. She does not want that to change her memories of Libby. At first, she did not want to be involved in the case at all. That all changed just before her freshman year at Ball State when a chance encounter at a true crime convention connected her with Michelle.

"She was the last known victim of the Golden State Killer," said Michelle.

Michelle's sister was raped and murdered in 1986, and she waited over 30 years for someone to be caught.

"We had worked on the case for so long, you know, just trying to get it out there on social media for years and years," she said.

"Realized, wow, Kelsi and I could just look at each other, and we just knew how each other felt," she said.

The Delphi case garnered national attention, but Michelle admits she did not know much about it. Michelle constantly shared information about her sister's case on Twitter, so she pushed Kelsi to become an advocate for Libby. Shortly after they met, Kelsi started spreading the word about the killings anywhere she could.

Kelsi now pumps out all of this information about the case on Twitter in hopes of reaching someone who knows the killer who police say may be living or working in Delphi. You can follow her by searching @libertyg_sister.

"I have so much more hope now that we will find him because of her," said Kelsi.

Her Twitter page is also helping her grandparents get more media attention. They have been on several true crime podcasts, like "The Murder in My Family."

"I have come to meet people who get tips from people that live in different states," she said.

"We have to get them all," said Holeman. "Doesn’t matter age, gender, whoever might have heard something, knew something."

He recognizes that Kelsi's work is getting the word out to a lot of different audiences.

"I just want the killer off the streets so he can’t do it again," Kelsi said.

Michelle reminds Kelsi her day could come too, and the memories of her sister deepen Kelsi's desire for closure.

"It gives you the answers you need to know it’s over," Kelsi said.

Kelsi is now passionate about pursuing a career in forensics. She hopes to solve crimes like her sister's murder.

Police want Delphi residents to reflect back on people they know in the community that look similar to the sketch released last week, especially if that person has changed their appearance since the murders in February 2017.