This winter has been a roller coaster, with big temperature changes causing snow, mix and rain to wipe out Michiana, all in a matter of days. It has many of us wondering if spring can hurry up. Well, winter still has another month to go, and big snow storms are still common during the second half of winter, and even during spring. Therefore, we are not out of the woods yet. 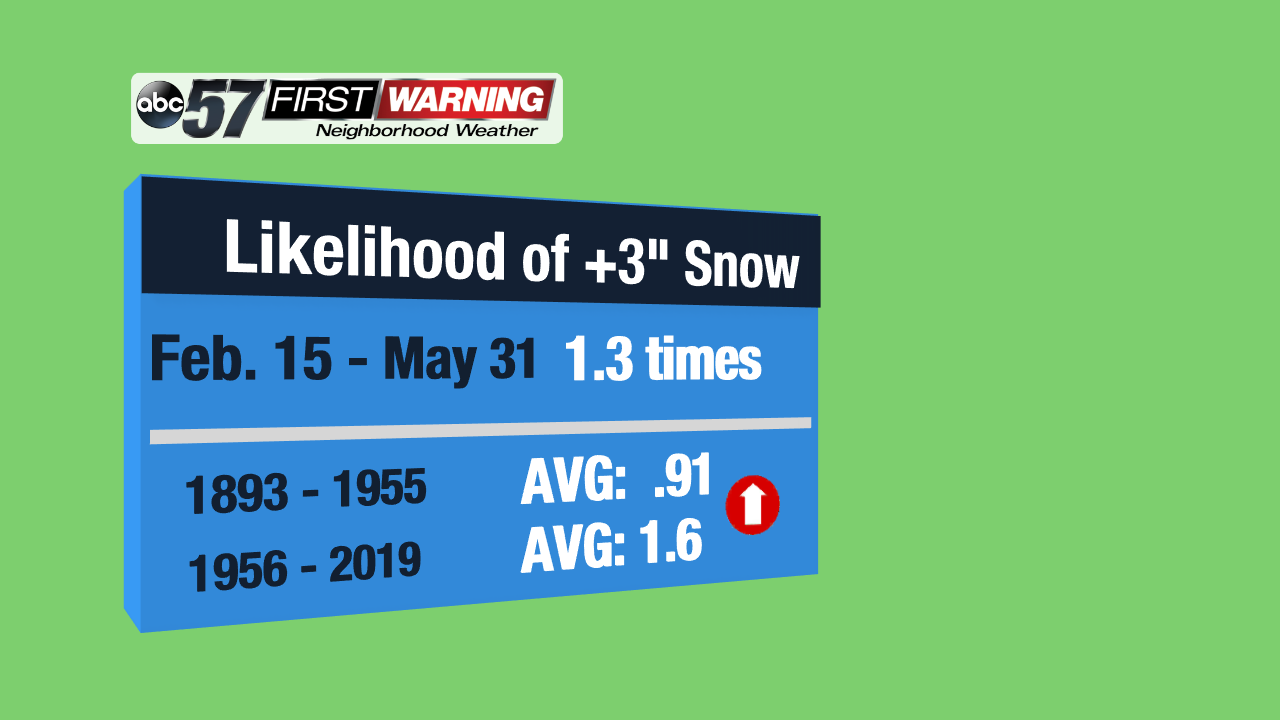 So when could we see this next +3" snow storm?

It is most common during the second half of February and throughout the month of March. It's likely that this year, we will still have a few +3" snow storms before summer rolls around. On average, there is less than one +3" snow storm during March, meaning throughout most of our 125 year record, it has not happened. 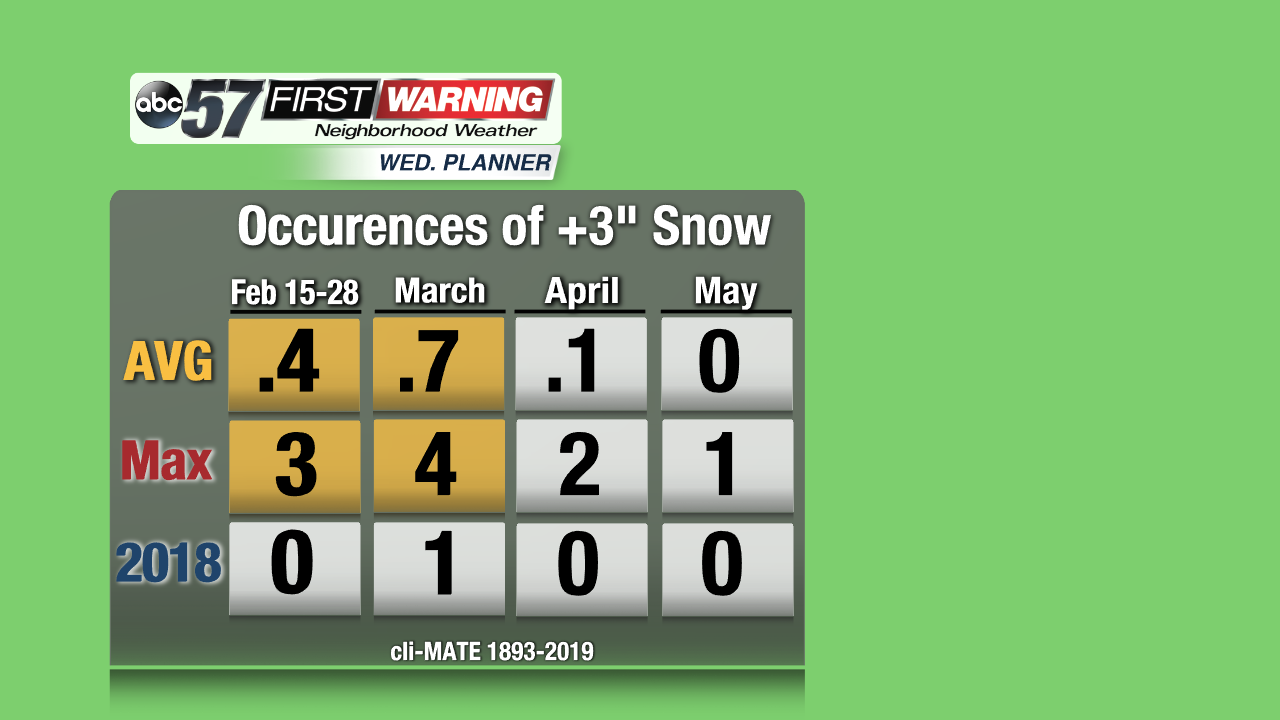 Some of the biggest late winter/spring snow storms have been over 12" of snow in February, March and April, and there has even been a 10" snow storm in Michiana on May 3, 1929. Ouch! 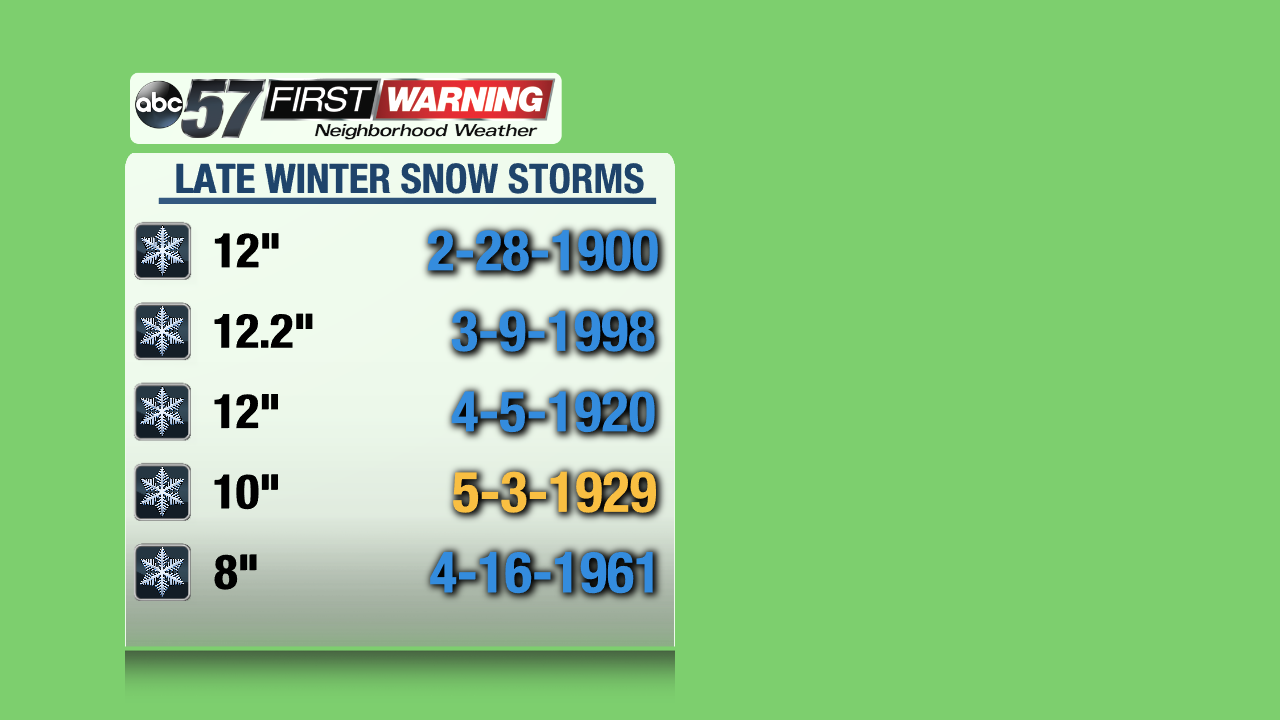