Lines wrap around buildings for early voting in Mishawaka 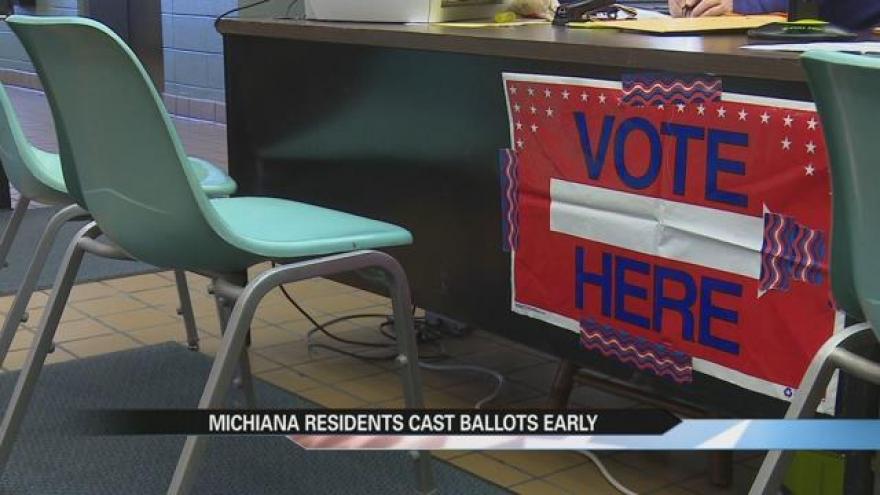 Long lines to vote, and it’s not even election day! Polling places in Michiana say they saw record turnout today for early voting.

707—that’s how many people came out to the County Services Building in Mishawaka Saturday to vote early.

“It’s been a long time since I’ve seen it like this. Yes, it was extremely busy today,” said election clerk Pat Schafer.

And Schafer says there were even more people at the County-City Building downtown.

Volunteers say between 9:30 and 1:30 Saturday, the line wrapped around the outside of the building.

For some, voting early was a matter of necessity.

“I’m a truck driver, so having the opportunity to vote early is great, because trying to be here on Tuesday, I don’t think we’d make it,” said one voter, Valerie Warner.

And voters say they think it’s their duty to cast their ballots.

“I think it’s really exciting that folks are taking advantage of a system that should work to support every voice,” said voter Chris Paulson.

But, if you want your voice heard, be prepared to wait.

Volunteers are projecting even more people will come out on Election Day, if they don’t all decide to vote early.

“We’ll see if there’s anyone else left in St. Joe County to vote,” said Schafer.