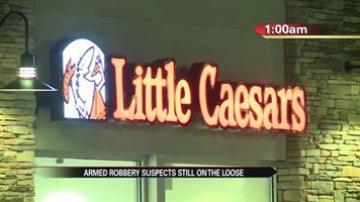 The Little Caesars employees were leaving for the night when they were held at gunpoint by two suspects.

The suspects fled on foot.

Michigan State Police called in a K-9 unit to track the suspects, but they were not located.