Live in Brooklyn: Notre Dame focusing on the game, not the rivalry 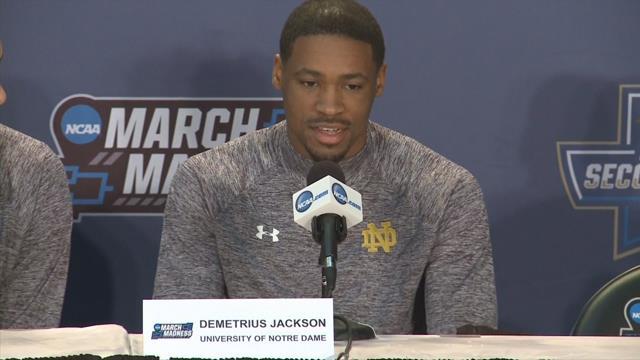 Thursday was media day for members of the Notre Dame men's basketball team. On Friday they take on Michigan in the first round of the NCAA tournament at the Barclays Center.

The team arrived to the Barclays Center early Thursday afternoon to speak with the media.

Head Coach Mike Brey and the players said they're not focusing on the rivalry, but on the game.

"It was different not knowing who you're playing until late last night, but it may have been a blessing because you concentrated more on your own team than Tulsa or Michigan," said Head Coach Mike Brey.

Several of the players spoke to the media as well.

“We know it’s a big rivalry with the two schools, but at the same time we just want to go out and compete and have fun and just continue to play with a group. We have a really tight group, it’s just like a family," said Demetrius Jackson.

After the press conference, the team went into Barclays to practice.

After practice, the players will head back to their hotel.