Live in Philadelphia: Notre Dame needs to get past Wisconsin's defense 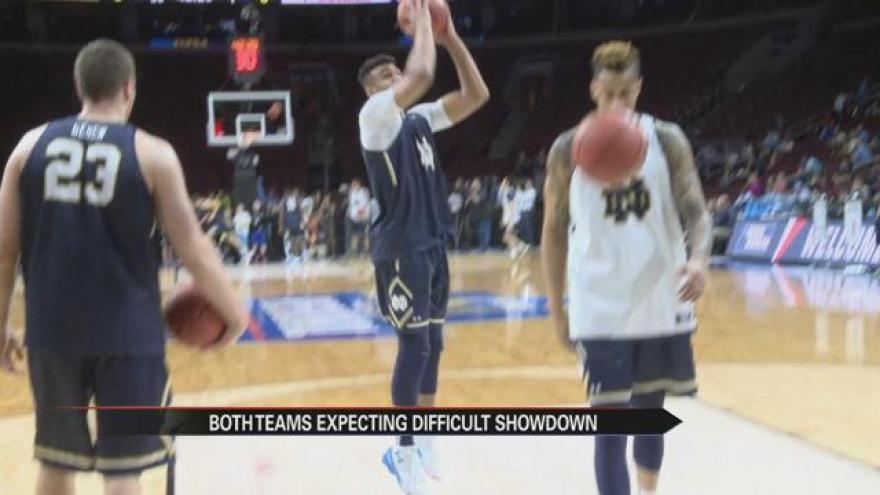 Notre Dame's men's basketball team will tip off against Wisconsin Friday night in the NCAA tournament. To get to the Elite Eight, Notre Dame will have to get past Wisconsin and their stingy defense.

With last second wins, Notre Dame and Wisconsin are both familiar with what it takes to win in March.

"We're excited to play again - great teams that have momentum - a buzzer beater on their end and Rex with a layup on our end. We're ready and excited," said forward Bonzie Colson.

To advance to the Elite Eight, players from both sides know that it'll come down to leadership and getting stops on the defensive side - something that the Badgers strive at.

"They play at their pace and that's something they are known to do. They won't get sped up at all. We're going to have to work for great shots and we've been successful at that. Once we can get stops we can get open shots," said guard Steve Vasturia.
The Irish will need to play their style using the inside out combo that worked so effectively against Stephen F. Austin.

"It really comes down to executing. And if you've been there before - it can be a great advantage for you," said forward VJ Beachem.

Both teams know how important this moment is.