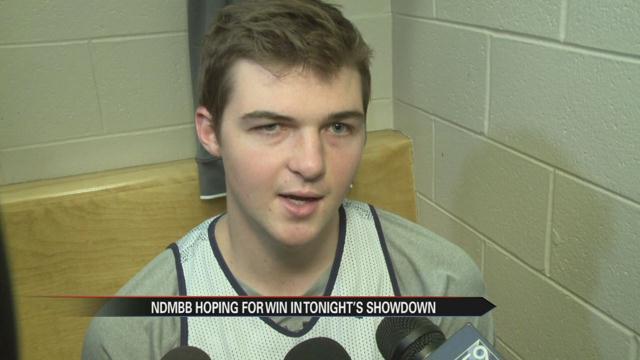 Notre Dame's men's basketball team must win against the Wisconsin Badgers to make it to the Elite Eight. If they do, it would be the first time they have reached the Elite Eight in two consecutive seasons.

For Head Coach Mike Brey and his players, that would be a dream come true.

"It would be huge for the program, for the coaching staff, for the university as a whole, our nucleus. Our group knows what it takes for us to go to the Elite Eight - we've been there before," said forward Bonzie Colson.

"It would be amazing for Notre Dame. The reason I came here is because Notre Dame is up and coming. It will always be a football school but we're trying to make it a little bit of both," said guard Rex Pfluegger.

"It would be exciting after last year. Not many teams can get there once - much less two years in a row - so we got a great opportunity in front of us, against a great team. Play the way we do and try to get another win," said guard Steve Vasturia.

He says the Irish are focused and ready for Wisconsin.