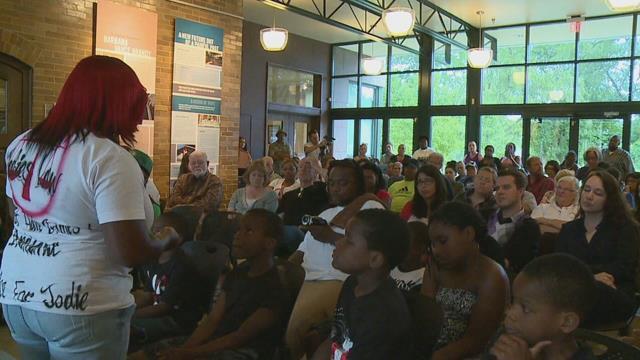 On Thursday the Civil Rights Heritage Center and the LGBTQ center hosted a public panel where local leaders continued to advocate for hate crime legislation in the state.

Indiana is one of only five states that don’t consider crimes to be more severe when motivated by hatred for a particular group.

The lack of legislation was brought to the community’s attention following the murder of South Bend’s Jodie Henderson.

Police say the man who killed him did it because Henderson was gay.

In Indiana there are currently no additional penalties for criminals who target their victims because of their sexual orientation, race, religion, ethnicity, gender or disability.

The recent mass shooting at a gay bar in Orlando has also brought the issue to the forefront.

Henderson’s family shared their stories and their quest for “Justice for Jodie” along with words of support from other local leaders.

“It’s time. It’s time to make sure that people like Jodie’s life was not lived in vain,” said Councilman Oliver Davis.

Supporters of the hate crime legislation can sign the online petition here.