Local Catholics react to naming of Pope Francis I 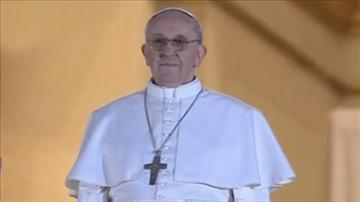 VATICAN CITY – Less than an hour after white smoke poured from the chimney above the Sistine Chapel, the new pope's name has been revealed.

Bergoglio is 76 years old and was appointed by John Paul II.

He will be known as Pope Francis I.

The 76-year-old has spent nearly his entire career at home in Argentina.

He's the first pontiff from South America and also the first from outside Europe in more than a millennium.

He reportedly finished 2nd in the 2005 conclave that produced Benedict XVI.

Bishop Kevin C. Rhoades of the Catholic Diocese of Fort Wayne-South Bend says they were watching the events live.

“We all gathered together and it was an exciting hour. We were all surprised over Pope Francis I,” said Rhoades. “I was really surprised. I thought they would elect someone younger."

Notre Dame students who remained in South Bend for Spring Break said they feel the new pope  is at an appropriate age to lead they church.

They were also excited about the first South American pope being chosen.

Nuns at Sisters of Saint Francis in Mishawaka say they are excited about the new pope.

They didn't know what to expect, but once Pope Francis stepped onto the balcony, they liked him instantly

Now, they're ready to welcome him through prayer.

"We pray for our pope during the mass every day. The name will just be different,” said Sister M.Ignatia.

It’s a historic day for Catholics. It’s the first Pope Francis and the first pope from the Americas.

The sisters say they have a lot of research to do in the coming days and weeks. But it's a task they're looking forward to.

They may even have a special mass in honor of the new pope in the near future.