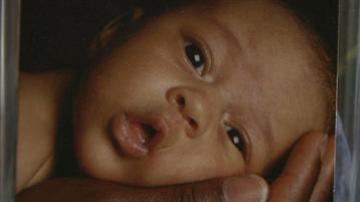 ST. JOSEPH COUNTY, Ind. -- Indiana ranks third in the nation for black infant mortality rates. According to the Center for Disease Control and Prevention, 15 black infants die for every 1,000 births in Indiana. For Latino and Caucasian women, the number is less than half that. The St. Joe County Minority Health Coalition hopes to decrease those numbers through new programs.

It's a local epidemic you might not be aware of.

"The African-American community is much more highly affected by infant mortality than the Latino or Caucasian community," Karl Nichols, executive director of the St. Joseph County Minority Health Coalition, said.

According to the Center for Disease Control and Prevention, fifteen black infants die for every 1,000 births in Indiana.

For Caucasians and Latinos, the number is less than half that.

"The first trimester visit to the doctor is very key," Nichols said.

He's not sure of the exact reason behind the high infant mortality rate, but says a lot of black women in Michiana are underinsured and don't live near a health care facility that can help them.

"There's not enough doctors to provide the service who will accept presumptive elgibility," Nichols said.

That form tells the doctor the woman should qualify for benefits, but they won't know until after, which means they may not get paid to provide the services.

Making the lives of financially troubled pregnant women even harder.