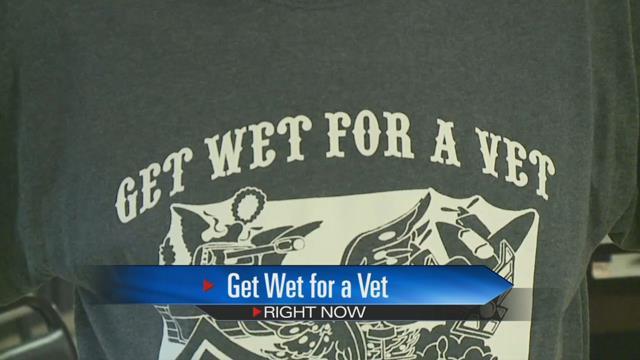 A local veteran who was formerly homeless is sharing his story to shine light on the organization that brought him out of a dark time.

V-F-W Post 360 is holding a fundraiser for Robert Miller Sr.'s Veteran's Center that's part of the Center for the Homeless on Saturday.

A veteran who graduated from the program said the shelter helped him get his life back on track.

Daniel Newman said, “I survived with the absolutely nothing for about 6 years.”

Newman said he served in the Air Force after Vietnam, he's now on the color guard for Miller's Vets.

Newman said, “I went to the center for the homeless because I had nowhere else to turn.”

Newman said the job training and mentoring has helped other veterans like him.

Newman said, "For a homeless vet that is really down on his luck, a chance to rebuild.”

Newman said he had a job until Wednesday.

Even in the midst of his job search, he made time to talk about the shelter.

Newman said, “Without their assistance I still wouldn’t be close to normal. I’ve had a few bumps in the road here and there.”

Rich Helmus is the Vice President for Get Wet for a Vet Inc. He said they are having their third annual fundraiser this Saturday.

Helmus said, “They’ve served for me, now it’s my turn to serve for them.”

A motorcycle ride will be held on Saturday and registration is from 8-9:30a.m.

There will also be games and water activities in the afternoon.

David Penn said, “This is the third year we’ve hosted it here. And it’s a great event for the post, and for Miller’s Vets.”

All proceeds raised will be donated to the shelter.

Helmus said, “After that food will be served, we’ve got the dunk tank, we’ll have a corn-hole contest, tons of really cool nice raffle items.