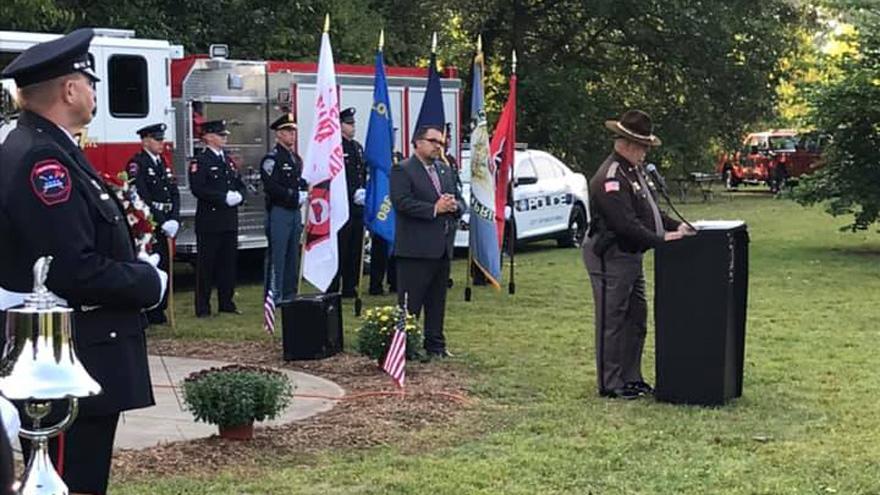 The event honored the first responders and military members who died on September 11th in the terrorist attacks or fighting the global war on terror.

“I think it’s important that we come together each year on September 11 and remember those who paid the ultimate sacrifice - those who lost their lives and or who were injured on that particular day, back in September of 2001. And those who continue to suffer and continue to pass away as a result of injuries and or illnesses that they suffered while assisting those in need," Sheriff Bill Redman said.