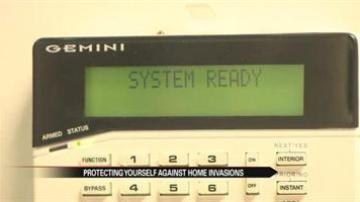 ELKHART, Ind.-- There has been an increase in daytime burglaries in Elkhart. ABC57 spoke with a local security company that recommends a video surveillance system that allows you to see who's at your home from your phone.

Luke Spencer of NoBI Security Systems said, “We have wireless cameras now that record to a cloud so you could view your home from your phone at any time, and it would link with your security system as well.”

Spencer said, “That would catch a vehicle or intruder that would be scoping your house, and you might be able to catch them before it even happens.”

On October 16th a security camera in Jefferson Township took a snap shot of a maroon Tahoe that's believed to be the vehicle of a thief who robbed a home just a few days ago.

The Elkhart Sherriff's Office took to Facebook to inform the community about another daytime burglary this week where two Yamaha motorcycles were stolen in Osolo Township.

Spencer said, “If you have plug in lamps, you can put them on timers so that lights come on at different times.”

Spencer said, “One thing that burglars would do is that they’d cut the phone line and then break into the house and the signal would go nowhere and with an www.alarm.com module you don’t have to be tied to a phone line so there’s nothing for them to cut and your signals will make it out.”

Lastly he said if you don’t who’s knocking, don’t answer.

Spencer said, “We know of an incident where a guy was coming to the door and asking to use the telephone and saying his car was broke down. He would make a phony phone call, and then the next day they were breaking in.”