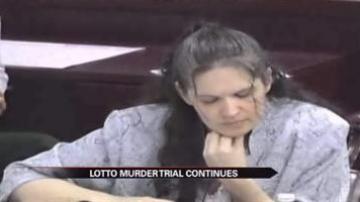 Dee Dee Moore is on trial for the murder of lottery winner Abe Shakespeare.

Her latest breakdown came after the victim's ex-girlfriend took the witness stand.

"She said he ran off with the lady from the bank and that he wasn't coming back. She wanted me to be so mad with him," said Sentorria Butler, ex-girlfriend.

The witness described the defendant as divisive and manipulative. She went on to say Shakespeare who had won $30 million, gave away most of his winnings.

Now prosecutors are trying to prove that Moore stole what he had left then killed him.