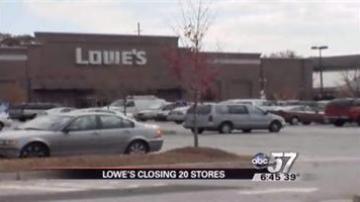 Ten locations were closed on Sunday. Another 10 stores will close within the month, including one store in Michigan.  None of the affected stores are in the local Michiana viewing area.