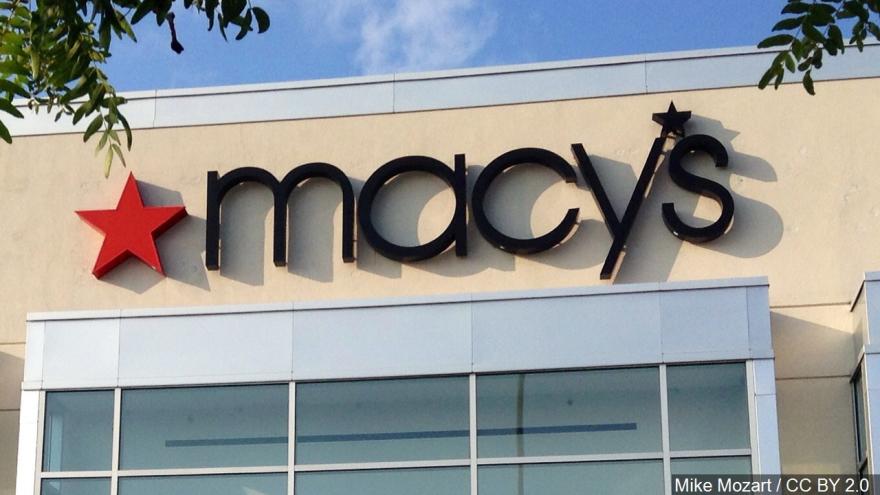 (CNN) -- American department store Macy's sparked a fierce debate on Thursday, when it launched a line of "modest clothing" that featured hijabs.

The Verona Collection was founded by fashion photographer Lisa Vogl, after she converted to Islam in 2011, and struggled to find modest, fashionable clothing. The brand stands for "women's empowerment and taking pride in one's Muslim identity," according to its website.

While the department store's efforts to be inclusive were applauded by some online, others criticized it for legitimizing the hijab -- a religious headscarf that has been politicized in some parts of the world in recent years and closely tied to women's rights issues.

Over the past few months in Iran, for example, some women have removed their headscarves in public to protest the country's compulsory hijab law. At least 29 people were arrested in the capital, Tehran, for their involvement in the protests.

The Council on American-Islamic Relations (CAIR), a US-based Muslim civil liberties and advocacy organization, said Macy's had "come under attack online by Islamophobes who routinely attack any manifestation of Islam in American society." CNN reached out to Vogl and Macy's, but they had no comment.

New York-based Iranian activist and journalist Masih Alinejad launched a social media campaign, #MyStealthyFreedom in 2014, inviting women to post pictures of themselves without a hijab.

CNN invited Alinejad to debate this contentious topic with Palestinian-American civil rights activist and Women's March co-chair Linda Sarsour, who is based in New York and chooses to wear the hijab.

Their responses have been edited for brevity.

What does the hijab signify for you? What have been your experiences with this piece of clothing?

Linda Sarsour: For me my hijab is my choice, it's my identity. I don't leave my home without it because it makes me feel whole. And I'm very proud, every single day, of what I represent when I walk out to the streets of New York City or around the country.

In my family I have four sisters, all four of my sisters do not wear hijab and they are just as Muslim as I am, and I love them no matter what they choose to do.

Masih Alinejad: I don't wear hijab now, but I remember when I was a kid, hijab meant everything to me. I always had the feeling that it was a link between me and my mother and my community and my people. It was my identity.

I threw away my headscarf in my teenage youth -- but in secret -- when I found that it was not my identity, that it was because of the discriminatory law, social pressure, family pressure and emotional pressure.

This week Macy's launched a modest clothing line featuring the hijab. What is your reaction to this?

LS: To give Muslim woman the choice to be able to buy hijab at a major department store for me shows inclusivity, it gives women the opportunity to shop mainstream and not have to always be so siloed and go to specific retailers.

When I see that you're promoting hijab I have two different feelings, it makes me happy that you are supporting my mother [who wears hijab], but it reminds me that the women of Iran are being ignored by the government of Iran, and they use this small piece of cloth, hijab, as the most visible symbol of oppression.

LS: [Macy's is] doing this because it's a good business decision and because they know that there is a market and that Muslim women are a big consumer base in America. So of course this is not a human rights campaign on behalf of Macy's.

MA: I don't see any Muslim communities in the West being loud and condemning compulsory hijab, especially you, when people of Iran are putting themselves in danger and risking their lives.

LS: I will say on a personal level that I've been very vocal in support of Iranian women.

What are your thoughts on the current protests against compulsory hijab in Iran?

MA: Twenty-nine women who practiced civil disobedience, who peacefully took off their hijab, they are in prison. It's a global issue and we should all condemn it. We shouldn't let any feminists in the West downplay our cause and say this is a small issue, it's not.

LS: Sister, I think I think the issue here is not whether or not we think it's important ... the issue is the narrative.

In the United States, we as Muslim woman are attacked saying that we are upholding a system of oppression by wearing hijab. So we have a narrative we have to fight by saying we stand with women who choose not to wear hijab, and I will unequivocally say here that I stand with the brave courageous woman in Iran who are standing against compulsory hijab, but they also need us to create a narrative that says you also stand with my right as a Muslim woman in America who is having to endure Islamophobia.

MA: It's important if you care about human rights, women's rights, you cannot use the same tool which is the most visible symbol of oppression in the Middle East and say that this is a sign of resistance [in the United States].

LS: A woman in Iran takes the risk of not wearing a hijab based on the laws there and has to risk that -- we in the United States, Muslim women, risk wearing hijab.

We have an exponential rise in hate crimes against Muslim women in hijab. If you could look at FBI statistics, [there are] unfortunately many assaults against women in hijab, women getting their hijabs ripped off.

Why do you think hijab has become so politicized?

LS: Hijab is solely a spiritual practice, but unfortunately there have been people who have taken it, including governments, to control women's bodies.

I hope we end this conversation by saying that you and I are actually a lot closer in what we believe that we think we are.