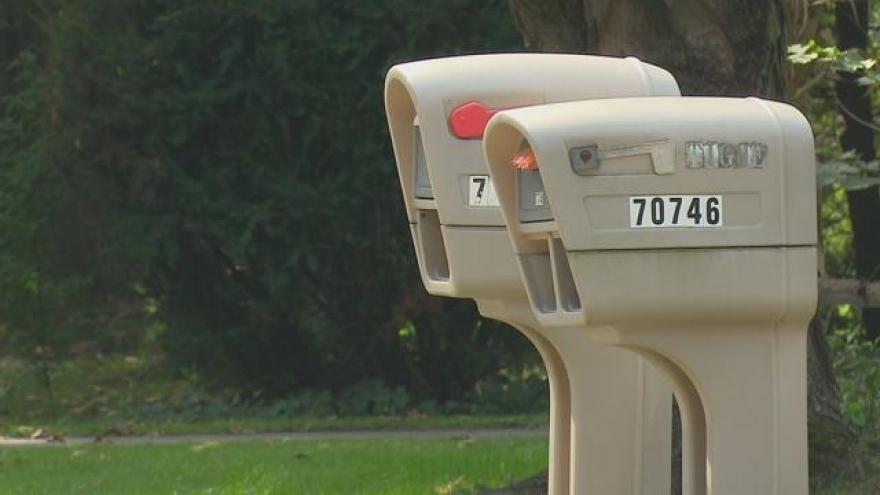 Ontwa Township/Edwardsburg Police say debit cards, credit cards and checks have been stolen in a series of recent mail thefts.

“Two days ago, we woke up; every single mailbox was opened and messed with,” Ontwa Twp. resident Jessica Kovach, who lives on Sunrise Road, said.

The mailboxes lining her road are now part of an investigation.

“We’ve definitely had mail taken out of mailboxes and moved to other mailboxes,” Kovach said.

Mail has been swapped and stolen from mailboxes on at least four different neighborhood roads in Ontwa Twp., including May Street and Martin Road.

Police say some of the stolen items are now being used in northern Indiana; and some swapped mail found in Ontwa Twp. mailboxes came from the Elkhart area.

The mail carrier who works along Sunrise Road could not speak on camera Wednesday, but she said the postal inspector has been made aware of the recent string of thefts.

“I also have a small eBay business, so I put packages out on a daily basis and leave them, so I can’t do that right now,” she said. “I have to either go directly out to the mail lady or not put them out there and take them directly to the post office myself.”

And Kovach said it’s leaving her normally-quiet neighborhood on edge.

A few residents who live on Sunrise Road said they’ve seen an unfamiliar blue Suburban SUV driving around the area throughout the last few days, but they’re not sure if it’s connected to the thefts.

Ontwa Twp./Edwardsburg Police are actively investigating, and ask that anyone who believes their mail may have been stolen or tampered with please call 269-663-8444.