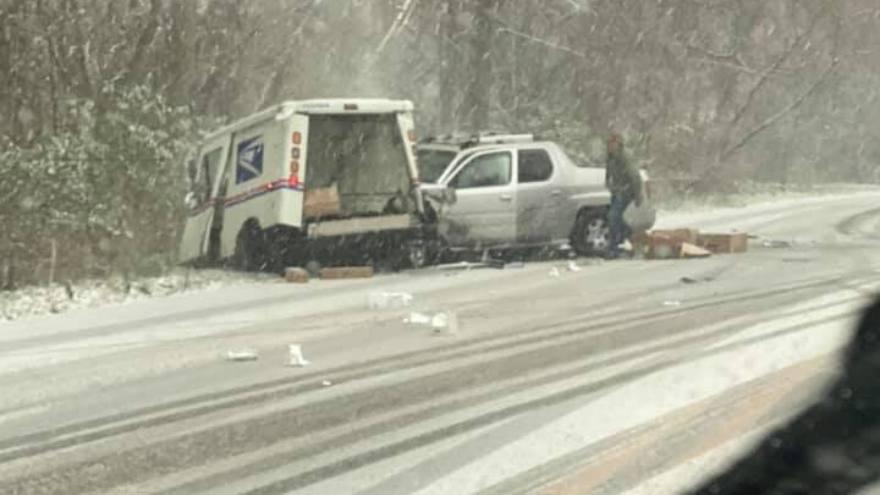 LAPORTE COUNTY, Ind.—A vehicle was involved in a crash with a mail truck on Monday morning, according to police.

Multiple people were taken to the hospital, police said.

A post to the LaPorte County Sheriff's Facebook page says that deputies had responded to and investigated eight crashes throughout the county within one hour on Monday morning. Two crashes were still waiting to be investigated, the post said.