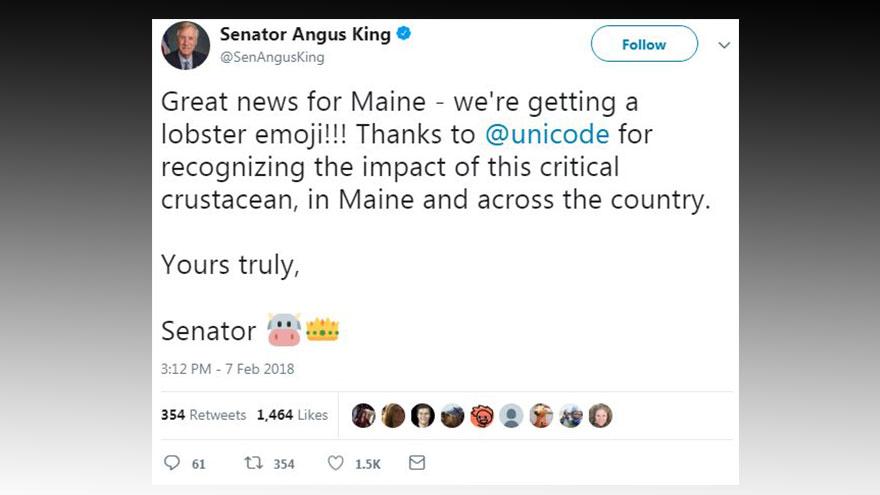 In September, the independent senator sent a letter to the California-based Unicode Consortium pressing for the emoji, highlighting the crustacean's economic and cultural value to Maine.

On Wednesday, the Unicode Consortium announced the emoji would be added to its library, a move that King hailed as "great news." He thanked the emoji-creating company "for recognizing the impact of this critical crustacean, in Maine and across the country."

The Unicode Consortium announced 156 other new emojis Wednesday besides the coveted lobster, including a pirate flag, a softball, a female superhero and a mosquito.

But alas, lobster aficionados won't be able to use the emoji just yet. The new emojis are scheduled to be released in June, according to a company news release.

King fittingly signed off the tweet with his name in emoji form: a cow for Angus and a crown for King.