Confidence grows for a significant snowfall in the Midwest this weekend. The ‘major’ snow however may not be a huge impact to Michiana. There is starting to be a greater model consensus for the bulk of a winter storm system to be just east of our area.

Monday we went in depth about storm tracks and the significance they play in winter weather forecasting. The latest run of models Tuesday looks to keep the center of this storm east of Cincinnati. That location would favor less snow for the South Bend region and more snow from Indianapolis to Fort Wayne to Toledo.  If this path changes so could snow amounts for Michiana.

There will be significant winter weather this weekend in the Midwest. Travel across eastern Indiana and most of Ohio will be slow and hazardous Friday and Saturday, there’s the potential for more than six inches of snow. 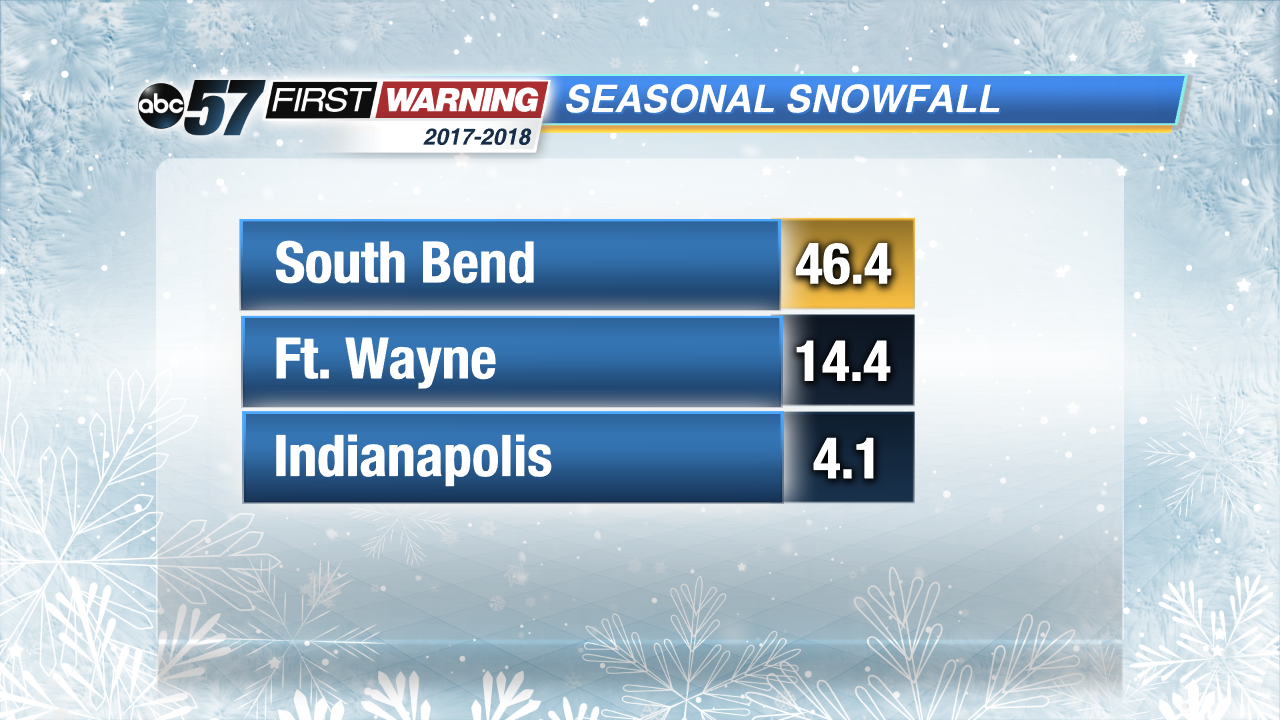 Seasonal snowfall as of January 9th 2018

Keep tabs on the forecast but don’t buy into the hype just yet this is a ‘major’ winter storm for Michiana.

An early forecast for Friday shows rain changing to mix and then snow in the morning as temperatures drop. The chance of snow showers will continue into Saturday, the highest amounts are most likely east of Indiana State Road 19, Goshen, Lagrange and Warsaw and on towards Fort Wayne.