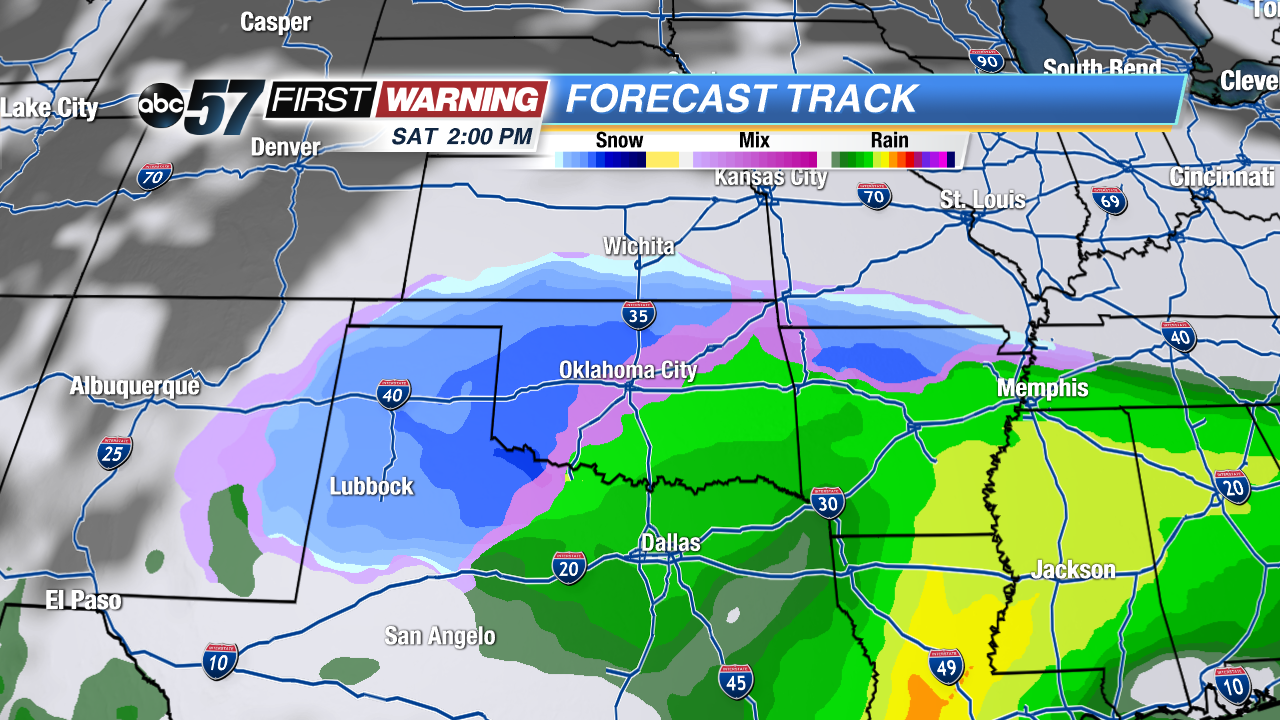 Forecast radar at 2 p.m. Saturday.
Buckle up, folks! We've got another early season major winter storm on the horizon. This time, the southern half of the United States is in the zone of concern. For several days, forecast models have continued to show a significant storm system impacting areas from the Texas Panhandle to New Jersey for the period December 7-10. Now that we are within 48 hours of the system's development, confidence is high that a strong system will occur. Confidence remains low to medium on where exactly the wintry side of the system will exist. 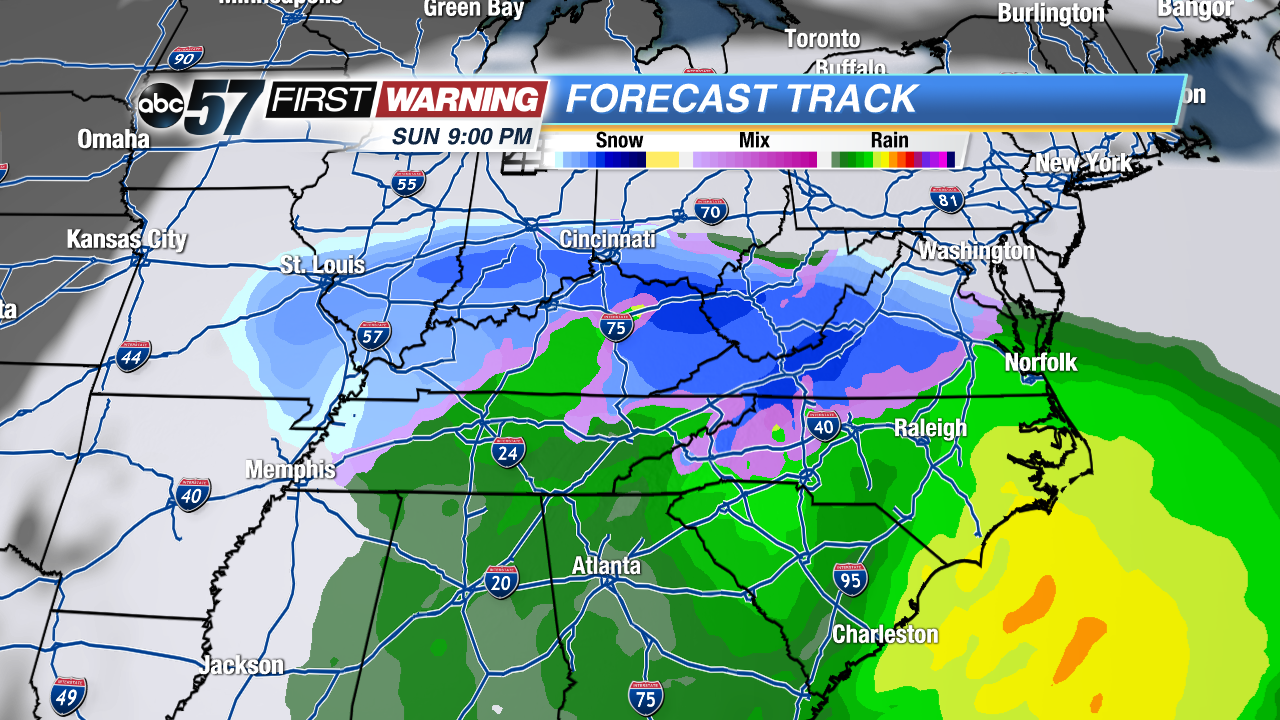 Projected radar at 9 p.m. Sunday.
However, as of Wednesday afternoon, parts of Texas, Oklahoma, Arkansas, Tennessee, Kentucky, West Virginia, the Carolinas, Virginia, and Maryland will likely see at least some snow, freezing rain, sleet, or a mix of the three. Many locations will see a significant amount of wintry precipitation. It's just difficult at this juncture to pinpoint where exactly the heaviest snow and ice will fall. What's clear, though, is that some locations will see a highly impactful winter storm this weekend that will lead to extensive travel problems. 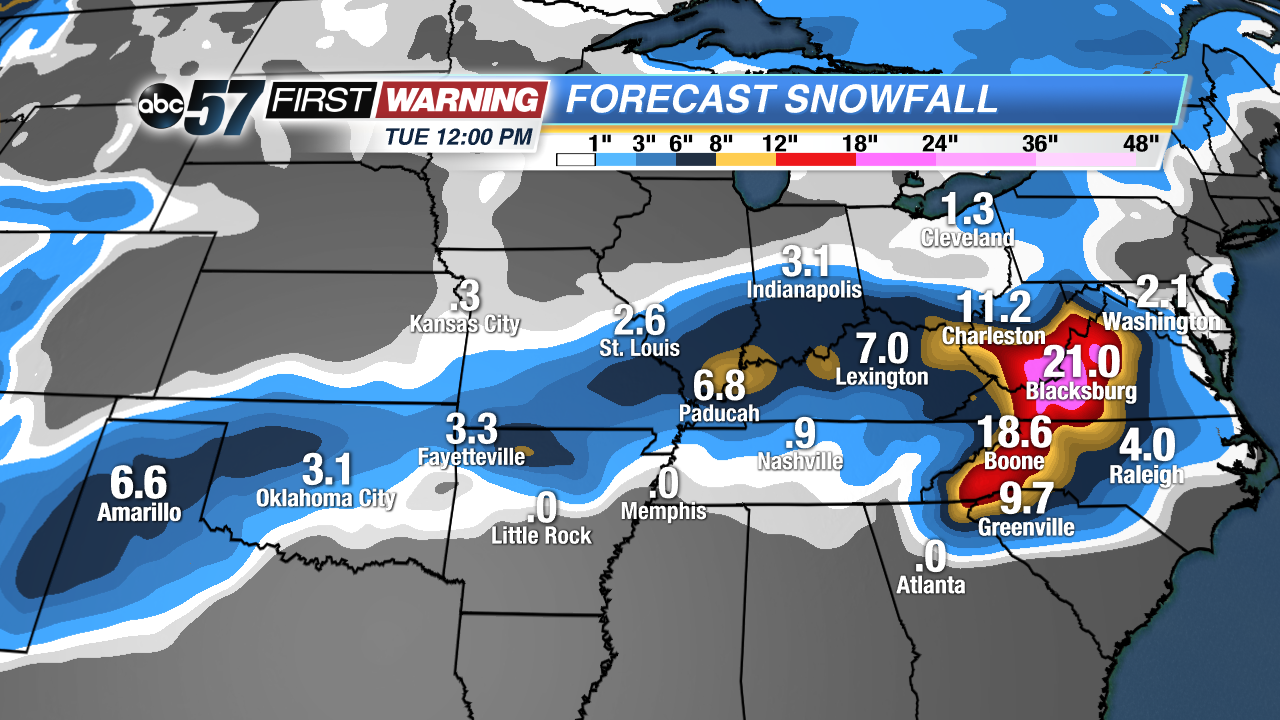 Total snowfall potential with the storm system.
Some locations that have the best chance of seeing medium impacts due to snow and/or ice include the following:

Areas where a substantial amount of wintry precipitation is expected include:

•The mountains and foothills of South Carolina, North Carolina

•Western half of Virginia and southern West Virginia 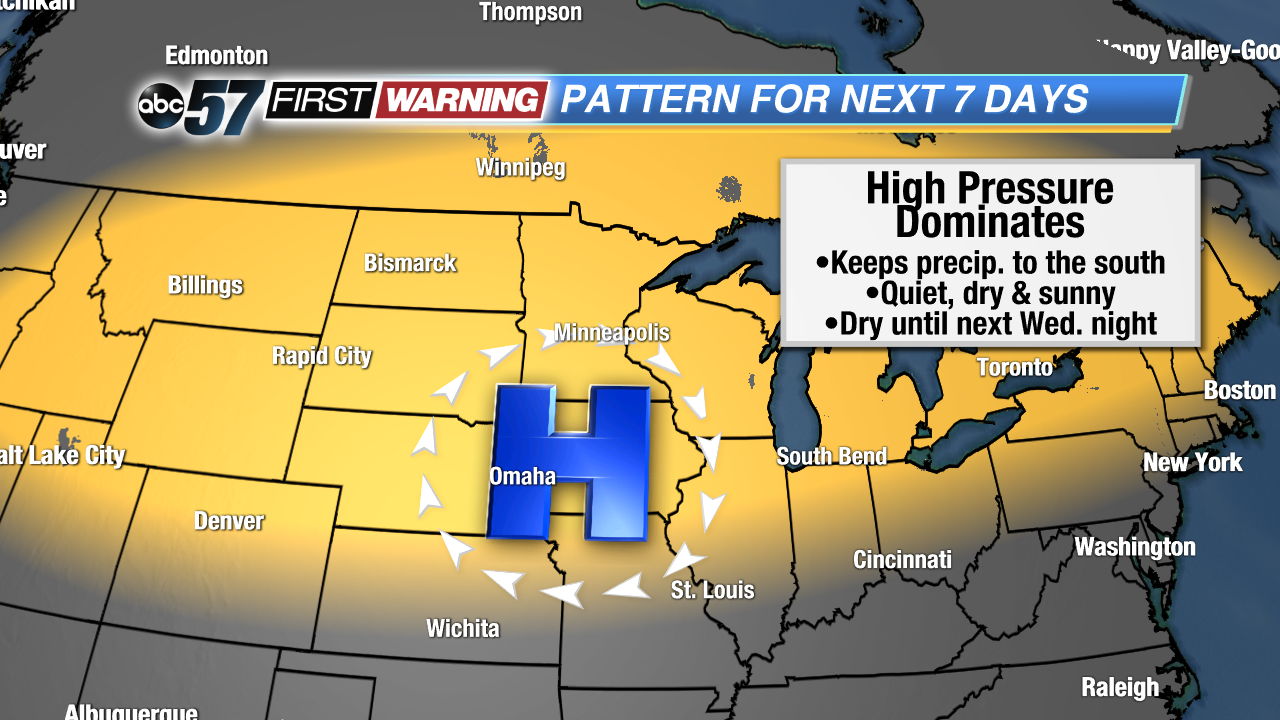 Some of the higher elevation locations in Northern Carolina and Virginia will likely see a foot or more of snow by Monday afternoon. While all of this is going on, high pressure will be dominating the northern half of the U.S. That includes us right here in Michiana. The result? Dry, quiet and sunny weather from Friday thru next Wednesday. Little to essentially no precipitation is expected for areas from the Rocky Mountains to Maine during that stretch thanks to high pressure. And, we can thank that high for being the reason why the upcoming major system will affect the Southeast and not areas farther north!
Share this article: