Malfunction might have caused accident that killed Niles girls 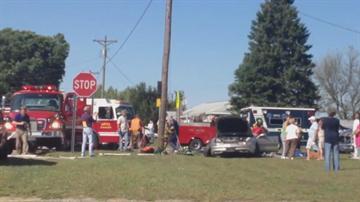 NILES, Mich. - An accident in September that killed two young Niles girls could have been caused by a brake failure. Michigan State Police are investigating the presence of brake fluid in the vehicle.

Sisters, 9-year-old Juliana Brown and 6-year old Sophia True, were killed in the two car crash on M-60 and Leet Road near Niles. 4-year-old Penelope True was also critically injured in the accident.

According to police, 19-year old Sarah Michael was driving the three sisters home from Howard Elementary School and drove through the stop sign hitting an oncoming car. According to investigator Jim Campbell, Michael told police on the scene that the brakes on the car weren’t working correctly.

“The master cylinder should hold some brake fluid either in the front or rear reservoir but we’re finding there was none in there,” said Campbell. The accident caused a rupture in the brake hose but according to forensic mechanics some fluid should still be present.

“Brakes could be functioning perfectly fine and then a brake line could go,” said mechanic Andrew Lee, owner of Auto Motion Car Care in Buchanan.

Lee looked up the specifics of the vehicle Michael was driving, a 1997 Oldsmobile Aurora, Wednesday. If the brake fluid was low in the car, a light should have been showing in the dashboard unless a bulb was burned out.

Lee told ABC 57 News that brakes could stop working without the presence of brake fluid but usually a driver is aware of the deterioration to the brakes.

Campbell said investigators are still looking into the mechanics of the vehicle but the functionality of the brakes could determine Michael’s fate. “It could,” he said. “Our position is we’re going to do a complete report on it, document everything and turn it into the prosecutor.”

Campbell said the Michigan State Police investigation should be complete in two or three weeks.