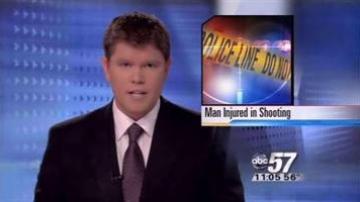 GENEVA, Mich. - A friend accidentally shot one of his buddies while they were looking at his gun. The shooting happened Sunday morning in Geneva Township, up in Van Buren County.

Deputies say the 20-year-old from Grand Junction was showing his friend, 22-year-old Alfonso Correa of Chicago, his gun when it went off. Correa was shot once in the stomach.

Investigators told ABC 57 news the two had been drinking all night and partying.

Correa was taken to Bronson Medical Center where he underwent emergency surgery. He is listed in fair condition as of Sunday night.

The shooter—who hasn't been identified—was arrested and booked into the Van Buren County Jail.