Man accused of 5 armed robberies in one day 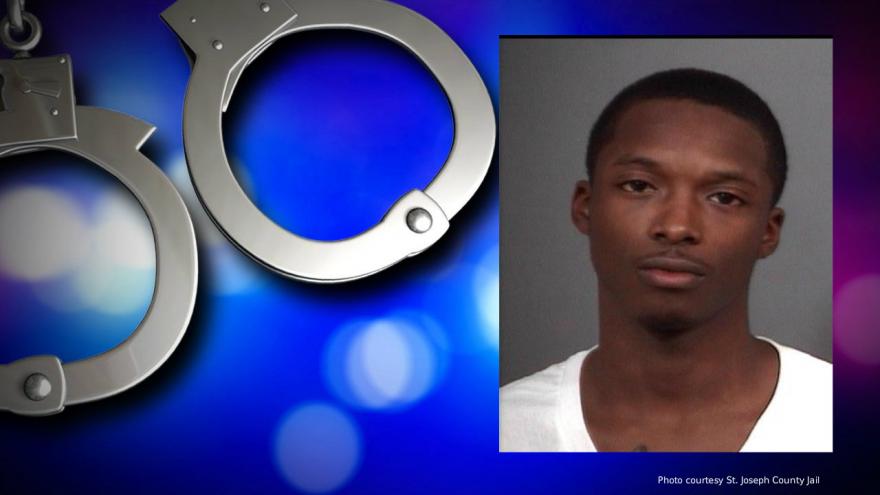 According to a probable cause affidavit, police responded to a robbery on Ridgedale Street where the victim told police she was robbed at gunpoint.

The victim described a scene where two men approached her, one wearing a gray hoodie brandishing a silver handgun and the other wearing a long sleeved shirt. They were said to be traveling in a gray 4-door car that was parked in the area.

The thieves took off with the victim’s iPhone which police tracked to the McDonald’s on Lincolnway.

Court documents say an individual tried to flee from the restaurant but the victim could not identify the individual as the robber.

Police were dispatched to Randolph Street regarding another robbery involving a gun and the same M.O. described in the first robbery, according to the PCA.

The second victim told police two men approached him with a small silver gun while he was in his car and demanded his phone and money.

The victim reported the suspect with a gun said, “If you don’t give me your money, I’ll shoot you!”

Official documents say the suspects, described similarly to those in the first robbery, made off with the victim’s Samsung S5 cell phone and $40.

Detectives later learned a matching cell phone had been sold at a Walmart store around 9:39 p.m. where video evidence was collected and four men were identified: Darquell Henderson, Fred Brand, Gregory Davis Jr., and a juvenile, according to St. Joseph County Officials.

A third armed robbery was reported on East Fox Street where a victim was allegedly threatened and battered before her LG Stylo cell phone was taken from her.

Court records say two males approached the victim’s car with a silver revolver. She said the men looked to be between 18 and 23-years-old.

They allegedly demanded her belongings and when she wasn’t moving fast enough, the victim reported the man without the gun told the man with the gun to shoot her.

She was then struck in the face with a closed fist, documents say.

Police then responded to another related robbery at Woodside Street and Twykenham Drive where another phone was stolen at gunpoint.

According to court documents, the suspects were wearing sweatshirts and approached the victim’s vehicle demanding his belongings.

The suspects got away with the victim’s Verizon Android cell phone.

The fifth seemingly related armed robbery happened on Rosemary Lane, about 20 minutes north from the central focus of the crimes on the southeast side of the city.

The victim described a similar situation to the other robberies except this victim told police the suspects were wearing a white hoodie and a navy blue hoodie, not gray. The victim also reported a black handgun, not silver, noted the PCA.

The suspects allegedly stole the victim’s yellow iPhone, wallet and credit cards, a Swiss backpack and a gray MacBook.

They were said to have fled in a light colored 4-door car.

According to St. Joseph County law enforcement, the fifth victim’s credit card was used at a Go-Lo store on Miami Street shortly after the alleged robbery and then used at a Phillip’s 66 on South Michigan Street around 11:38 p.m.

Detectives were able to find video evidence of Davis at the two stores.

Police say they were trying to obtain records on Oct. 24 from an ecoATM, a service used to sell used phones, when the detectives noticed the suspect vehicle in the parking lot of a Walmart.

Officers were granted a search warrant for the vehicle and talked with Henderson who was driving the car.

A phone allegedly stolen by Henderson and his accomplices was found to be sold to the ecoATM, per court documents.

Henderson admitted to being the driver of the car during the crimes and participated in the first robbery on Ridgedale Street, but said Brand and the juvenile took part in the other four. The PCA says Henderson also admitted to selling a stolen iPhone to the ecoATM.

Henderson, 19, was arrested on Thursday and is currently being held at the St. Joseph County Jail on five charges of armed robbery and a $15,000 bond.

The other three suspects have not been arrest nor charged in relation to these crimes.