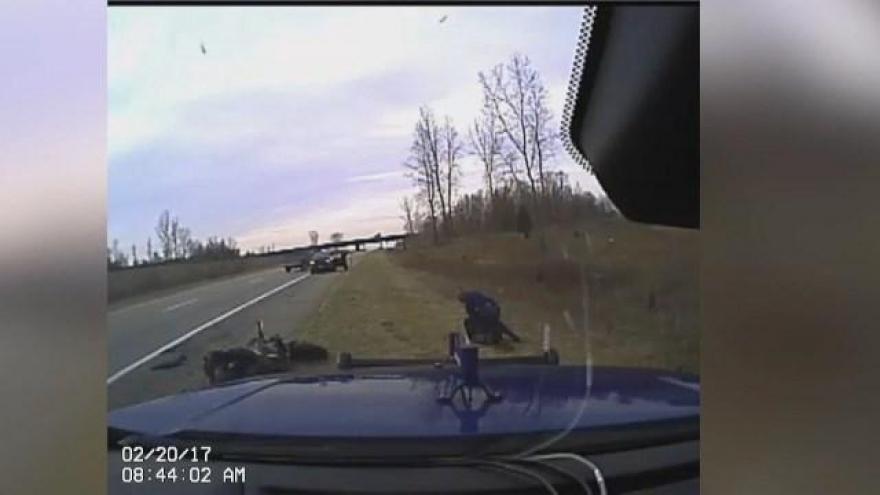 One of the men accused of attacking a Michigan State Trooper on the side of the road on February 20 pleaded no contest to one of the six charges against him.

Travis Wise pleaded no contest to assault with intent to murder and the other five charges were dismissed.

He faces a minimum of 15 years in jail.

He will be sentenced October 16.

Barber was sentenced in June to 14 years in prison. He was sentenced to 10 years for assault by strangulation and four years for resisting and obstructing a police officer causing injury. The sentences are to be served consecutively.