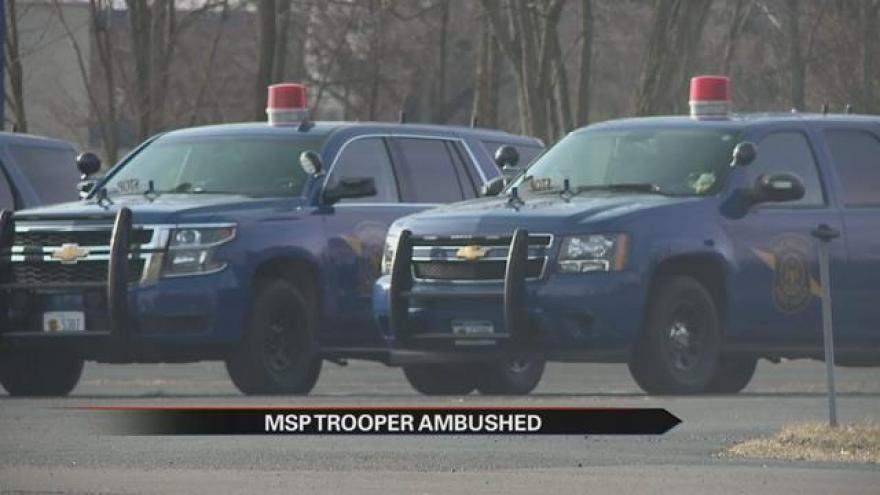 A Michigan State Police officer is back on duty tonight just hours after he was ambushed following a traffic stop.

Investigators say the driver of a motorcycle led Trooper Gary Guild on a nearly 3 mile pursuit that ended with a crash on US 31.

Following the crash, MSP says the driver charged towards Trooper Guild, a 21 year veteran of the force.

According to a press release sent to ABC 57 News, the two were wrestling when another vehicle appeared.

It turns out that driver was the suspect’s brother.

The brothers are accused of choking and punching Trooper Guild in the face.

Two good samaritans saw what was happening and subdued the brother, while Trooper Guild took care of the motorcycle driver and placed him in custody.

The press release continues to say, further investigation shows the motorcycle is likely connected to a theft out of Van Buren County.