Man accused of breaking into CVS to get coffee, damaging squad car 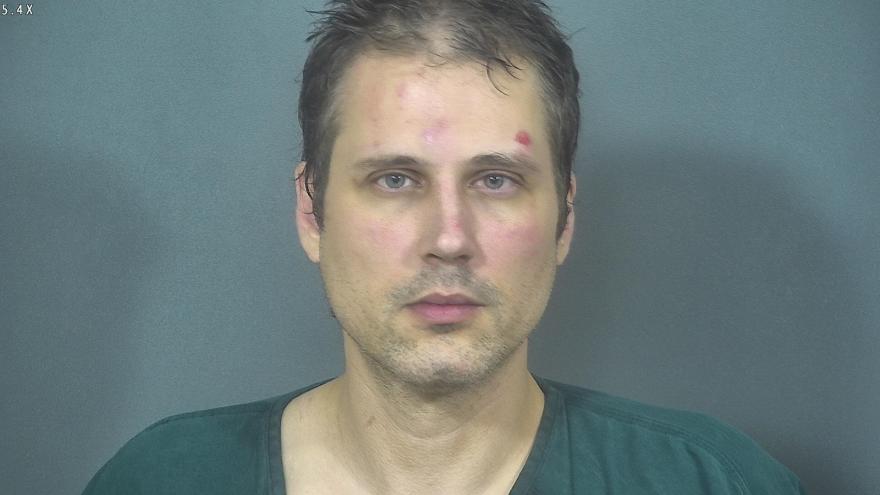 ST. JOSEPH COUNTY, Ind.—A 36-year-old man is accused of allegedly breaking into a CVS, injuring an employee and damaging a squad car on May 14, according to the probable cause affidavit.

On May 14, around 7:15 a.m., officers with the Mishawaka Police Department responded to an alarm at the CVS located in the 200 block of N. Main St.

Officers arrived to find a man, identified as Keith Kovach, holding down another person, later identified as 36-year-old Carl Bauer, court documents said. Police separated the two people and spoke with Kovach, who said he was walking down First St. when he saw two people, one being Bauer, outside of the CVS.

Kovach saw Bauer kicking the front door, causing it to break and shatter, before witnessing Bauer grab a female CVS employee, spin her around and throw her to the ground, the probable cause affidavit said.

Kovach told police he intervened in order to help the employee, though Kovach did not know either person.

The female employee had visible injuries and was shaken, court documents said.

According to the probable cause affidavit, the employee arrived to work around 7 a.m. to find Bauer, who she said appeared to be intoxicated and was demanding to be let into the store, standing next to the damaged front door with the alarm going off.

A good Samaritan then helped her when she went to the ground, the employee told police.

Police said that while transporting Bauer after his arrest, Bauer damaged the inside of the squad car, court documents said.

Bauer is being held in the St. Joseph County Jail without bond on charges including criminal confinement, battery, and two counts of criminal mischief. He is due in court on May 17.