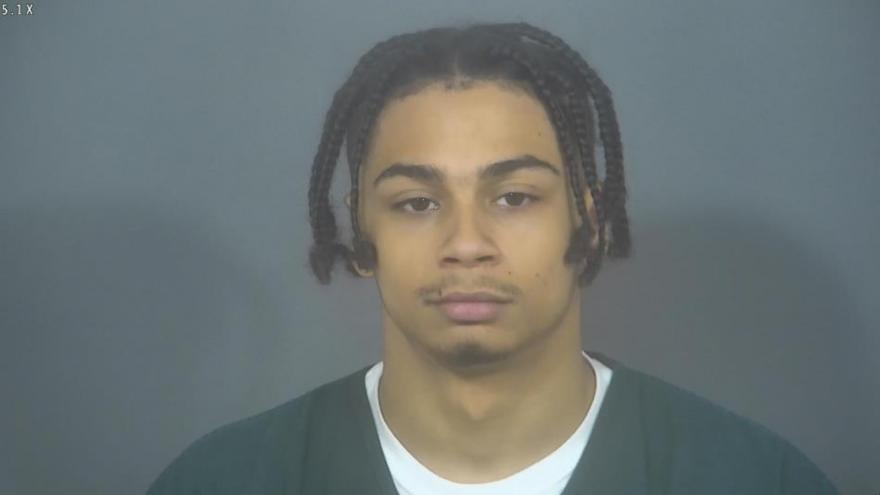 ST. JOSEPH COUNTY, Ind. – A man was arrested on Monday after he was seen allegedly dragging a cop with a vehicle as he was trying to leave a hospital after dropping off a shooting victim, according to the probable cause affidavit.

According to reports, over 30 rounds were fired and multiple vehicles were leaving the scene.

A Memorial police captain saw a vehicle run the stop sign at Navarre Street and Lafayette Boulevard at a high speed and enter the ER parking garage.

The driver of the vehicle, later identified as 19-year-old Donovan McCain, and another man got out of the vehicle and pointed to a third man in the backseat, saying he had been shot.

The police captain led the men to the lobby and told McCain he couldn’t leave.

Another vehicle arrived and the occupants of that car were yelling that someone had been shot and tried to confront McCain and the other man.

McCain and the other man began walking towards the exit but were again told they couldn’t leave.

An officer placed traffic cones around the two vehicles involved in the shooting. Both vehicles had multiple bullet holes in them, according to reports.

McCain and the man once again tried to leave the hospital and as they approached the vehicle they arrived in, an officer ordered McCain to stop.

McCain allegedly ignored the orders and got in the driver’s seat.

The officer told McCain to get out of the vehicle but instead, McCain accelerated the vehicle.

Another officer began running towards where McCain and the other officer were, and McCain accelerated towards that officer, not letting him move out of the way, reports said.

The officer jumped and landed on the hood of the vehicle. He then fell off and grabbed the driver’s side mirror.

The officer was dragged while McCain continued driving until the officer let go, reports said.

McCain accelerated and exited the parking garage with one of the traffic cones trapped under the front bumper of the vehicle, according to reports.

The officer who was dragged had abrasions to his shoulders, arms, and left knee.

Surveillance video was turned over to South Bend Police detectives, who identified McCain.

McCain was arrested on Monday and is being held at the St. Joseph County Jail on no bond.