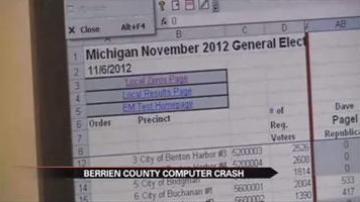 ELKHART COUNTY. -- Wednesday, an Elkhart man accused of hitting a teenager on a bike and leaving the scene appeared in court.

Police say he hit 17-year-old Zion Calstrom in July and then drove off.

Zion spent several weeks in the hospital and had to learn how to walk again.

Last month she spoke exclusively to ABC57 about Rulli's charges.

"I don't think he meant to do it. I don't see how he could have, so I feel bad that he has had to go through all this just like I have," said Calstrom

Rulli is set to be back to court Jan. 9.