Man accused of hitting woman with frying pan, sneaking into her house through window 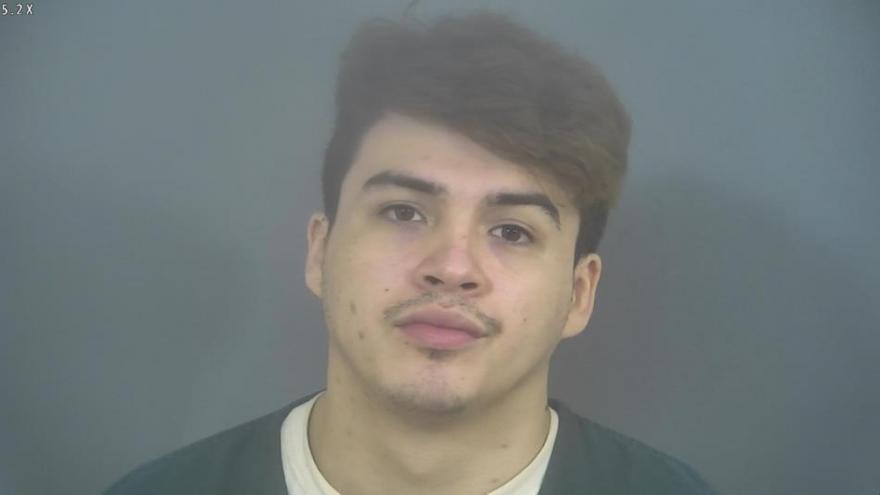 ST. JOSEPH COUNTY, Ind. – A man was arrested after allegedly hitting a woman with a frying pan and later sneaking into her house, according to the probable cause affidavit.

Robert Leonard, 22, was charged with intimidation, residential entry, and two counts of domestic battery for an incident in July 2021.

On July 8, an officer with the South Bend Police Department responded to a report of domestic battery.

The victim told police that Leonard, her ex-boyfriend, came to her residence early in the morning asking if he could stay the night because he had nowhere else to go.

She let him stay but when he asked to take her phone and leave, she told him no.

He became angry and allegedly hit her on the arm with a frying pan and chased her away from her residence.

When the victim returned to her residence, Leonard was gone so she went back to sleep.

When she woke up later that morning, Leonard was in her bed and her window was open, reports said.

The victim told Leonard she was going to call the police and Leonard allegedly raised his fists at her.

She swung at him to defend herself but Leonard hit her in the left side of her face and head seven or eight times, reports said.

The impact impaired her vision and she fell to the ground, according to reports.

The victim pleaded for Leonard to call an ambulance for her but he got a large, serrated knife, held it to her throat, and said, “scream one more time,” according to court documents.

Leonard then threw her phone and the knife away from her and left.

The victim got Leonard’s mother on the phone before Leonard began hitting her and the mother called the police for the victim.

Photographs were taken of a mark on the victim’s arm where Leonard allegedly hit her with the frying pan as well as a mark on her opposite shoulder and the serrated knife on the ground.

Medical records from the victim’s treatment of injuries documented that she had swelling to the left side of her face.

A detective spoke to Leonard’s mother and she confirmed the victim called her during the incident and that, while on the phone, the victim said she couldn’t see anything.

The detective could not get a statement from Leonard.

Leonard was previously convicted of battery in August 2018.