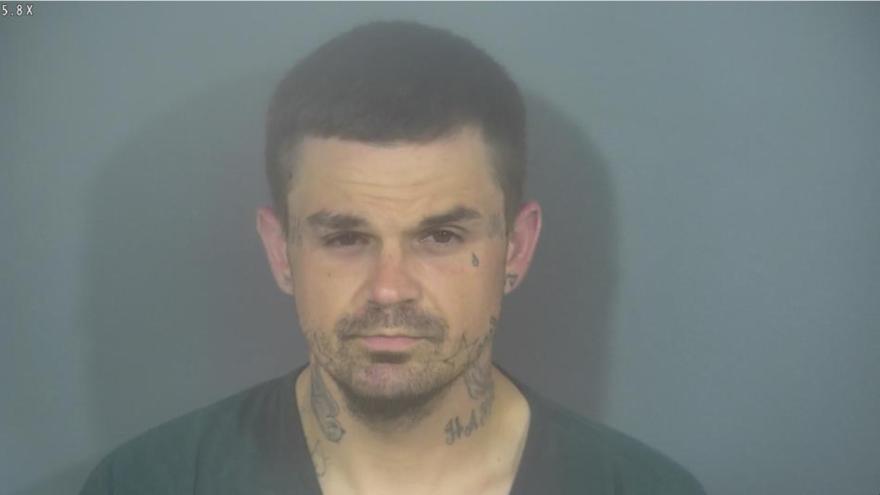 ST. JOSEPH COUNTY, Ind. – A man was arrested after allegedly stealing a motorcycle and leading police on a chase, according to the probable cause affidavit.

On Thursday, officers with the Mishawaka Police Department were called to the 1600 block of Panama Street for a stolen motorcycle report.

The victim told police his motorcycle was stolen overnight and that he saw a man on the motorcycle.

The officer heard a motorcycle nearby and located it in the 600 block of Burdette Street.

A man was sitting on the motorcycle while talking to a woman.

When the officer activated his vehicle’s lights, the man on the motorcycle allegedly left the scene. The officer eventually had to end the chase.

The officer spoke to the woman who had been talking with the suspect and she identified him as Tracy William Bradburn, reports said.

Later, officers were again called to the 600 block of Burdette Street about the motorcycle.

There, police found Bradburn and arrested him.

Bradburn told police the motorcycle was on the side of the house.

The woman who identified Bradburn spoke with officers again and said Bradburn had returned to her home and kicked its door, damaging the door frame.

Officers saw damage to the door.

Bradburn was taken to the St. Joseph County Jail.

At the jail, investigators found a piece of aluminum foil in his sock which contained a burnt, rock-like substance that tested positive for methamphetamine.

Bradburn was charged with auto theft, resisting law enforcement, possession of methamphetamine, and criminal mischief. He is being held on no bond.