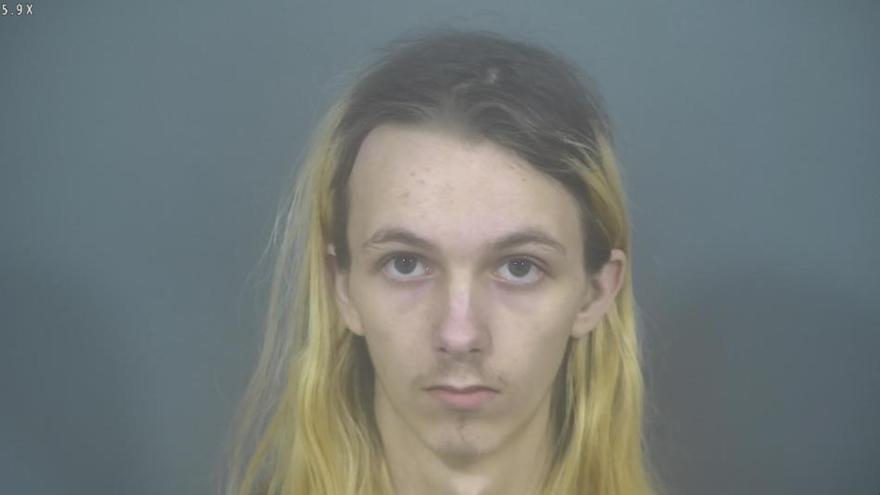 ST. JOSEPH COUNTY, Ind. – A man was arrested after he allegedly pointed a gun at a woman who he said cut him off, according to the probable cause affidavit.

Jonathon Allen Dycus, 21, was arrested on the following charges:

On June 14, the South Bend Police Department responded to a road rage incident in the area of McKinley Avenue and Ironwood Drive.

The woman who called police told officers she was driving west on McKinley when she reached the intersection of McKinley and Ironwood.

In that area, the lanes merge from two lanes to one.

As the woman was trying to merge, she said she wasn’t able to get in front of the vehicle behind her and merged at the last minute as the lane was ending.

The man driving the vehicle behind her, later identified as Dycus, became angry at her last-minute merge and starting honking his horn and swerving back and forth, reports said.

At a red light, Dycus allegedly stopped his vehicle near hers, pointed a handgun at her and shouted, “I’ve [expletive deleted] killed people before!”

A few days into the investigation, the woman called to confirm with officers that she was actually at the intersection of McKinley and Logan Street during the incident.

Officers reviewed Dycus’s driving record and found that he was driving while suspended, according to reports.

On Thursday, officers located Dycus driving in the area of McKinley and Manchester Drive and pulled him over.

Officers searched his vehicle and found a black .45 caliber Hi Point handgun and a green, leafy substance that field-tested positive for the presence of marijuana, reports said.

At the South Bend Police Department, Dycus told officers he was involved in a road rage incident with the woman on the morning of June 14.

Dycus said he was traveling west on McKinley when the victim cut him off near the intersection of McKinley and Home Street, where two lanes merge into one.

Dycus continued to drive behind the woman and pulled up to her passenger side at the intersection of McKinley and Logan.

Dycus pointed his handgun at her and yelled at her for cutting him off, reports said.

Dycus said his handgun was loaded during the incident.

He said the victim was not armed and never threatened him during the exchange.

As part of the investigation, officers performed a search warrant of Dycus’s home.

During the search, officers found a Chinese throwing star.

Dycus allegedly confirmed it was a Chinese throwing star and demonstrated how to use it.