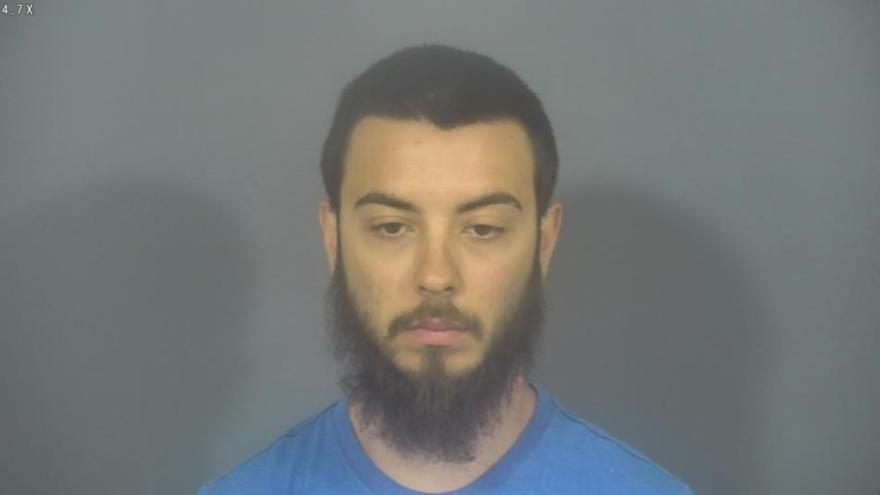 ST. JOSEPH COUNTY, Ind. – A man was arrested after he allegedly led police on a chase, later saying he “literally ran for no reason,” according to the probable cause affidavit.

Dalton D. Tucker, 24, was arrested on the charges of resisting law enforcement and reckless driving.

On May 19, an Indiana State Police trooper saw the driver of an orange motorcycle traveling west on McKinley Highway pull onto the right shoulder of the road and speed past a line of traffic.

The trooper turned on his emergency lights and followed the motorcycle.

After initially losing sight of the motorcycle, the trooper found it again as it turned north onto Byrkit Street.

The trooper turned off his emergency lights so as not to draw attention.

The driver of the motorcycle, later identified as Tucker, accelerated the motorcycle up to about 100 miles per hour and the trooper reactivated his lights, reports said.

At the intersection of Byrkit and Day Road, Tucker allegedly looked back at the state trooper.

He then turned east onto Day Road and accelerated, reports said.

On Day Road, Tucker used the west lanes to pass eastbound vehicles while there was no oncoming traffic, according to reports.

After passing them, Tucker accelerated to about 94 miles per hour and ignored the red light at Capital Avenue (S.R. 331), officers said.

The trooper saw Tucker allegedly pass several vehicles by driving down the center line while there was oncoming traffic.

The trooper was told to end the pursuit.

A BMV photograph of Tucker matched the appearance of the man the trooper saw during the chase.

On May 24, the trooper met with Tucker at his home.

Tucker was not under arrest but allegedly admitted to escaping the trooper, saying he was nervous because he knew the plates were bad, reports said.

Tucker said his motorcycle is like his child and he was afraid the trooper would take it, according to officers.

Tucker told the trooper, “I literally ran for no reason. Stupid, I know,” reports said.

He was arrested on June 30 and is being held at the St. Joseph County Jail on no bond.

Tucker is due back in court on July 26.