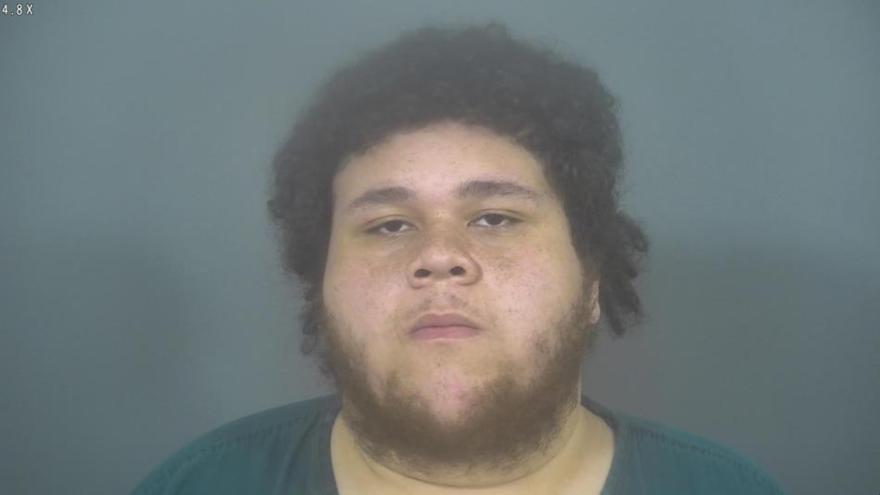 ST. JOSEPH COUNTY, Ind. – A man was arrested after he allegedly stole from the same gas station two times in two days, according to the probable cause affidavit.

On June 11, officers with the Mishawaka Police Department were called to a gas station in the 1700 block of Union Street for a robbery report.

Officers at the scene spoke with an employee, who was shaking and said she had been robbed.

According to the employee, the suspect, later identified as Bullocks, went behind the register and started going through cabinets.

When the employee confronted Bullocks, Bullocks allegedly pushed her to the ground.

Bullocks then grabbed an armful of cigarette cartons and left, according to reports.

The employee suffered minor injuries during the incident.

On June 12, officers were called to the same gas station for a theft report.

According to the employee, the suspect, believed to be Bullocks, allegedly went behind the counter, grabbed an armful of cigarette cartons, and walked out.

The employee said she didn’t try to stop Bullocks because she didn’t want to get hurt.

Bullocks was seen leaving in a red Chevrolet Trailblazer.

During the investigation, detectives got the license plate of a red Chevrolet Trailblazer that was involved in a similar, unsolved incident in January 2022.

When they contacted the person the vehicle was registered to, the woman told police her grandson, Treshawn Bullocks, uses the vehicle.

While reviewing surveillance from the June 11 and June 12 incidents, detectives determined Bullocks was the suspect in both.

In the June 11 footage, Bullocks could be seen going behind the counter at the gas station. Footage shows the employee telling Bullocks to stop and Bullocks then grabbing the employee’s shoulder and throwing her to the ground.