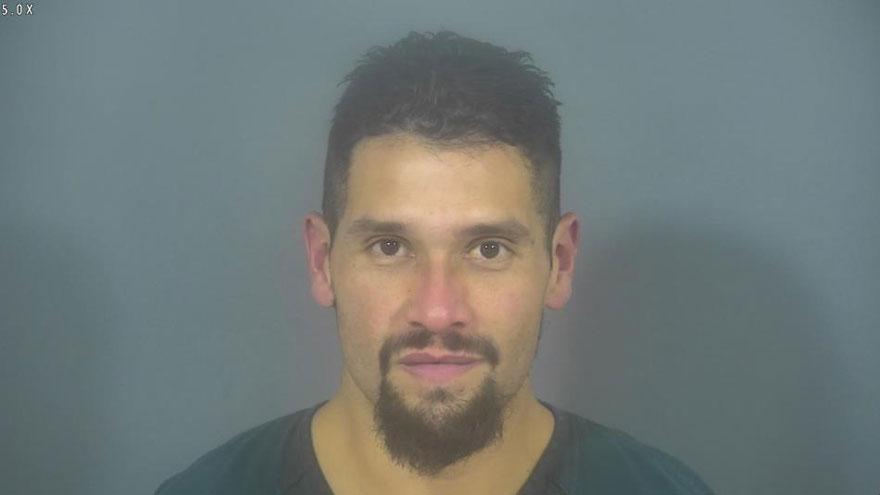 ST. JOSEPH COUNTY, Ind. -- A man was arrested after allegedly threatening family members with a machete and ramming their vehicle, according to court records.

Angel Torres has been charged with battery by means of a deadly weapon, criminal recklessness committed with a deadly weapon and intimidation: threat to commit a forcible felony.

On October 19, South Bend Police responded to the 100 block of E. Bowman Street and spoke with the victim and her daughter.

The victim told police her relative, Torres, had a machete and was threatening to burn down her house.

Earlier in the day, the victim and her daughter had helped Torres get his vehicle from impound.

Even after Torres got his vehicle and keys, he continued to text the victim’s daughter saying if he didn’t get his car keys he would burn down her home, according to the probable cause affidavit.

The victim said she stopped her car in the alley and Torres, who was carrying a machete, walked up to her driver’s side window, reached through the window and tried to stab her, according to the probable cause affidavit.

While this was happening, the victim’s daughter got out of the car to try to lead Torres away from her mother, but he threatened to stab her, reports said.

The daughter got back into the car.

Torres then threatened them again, got into his vehicle and rammed the victim’s vehicle, reports said.

Torres then drove away from the scene.

The victim’s daughter continued to get text messages from Torres asking for his money back.

In the probable cause affidavit’s detention considerations, the prosecutor noted the officer on scene noted Torres has allegedly threatened other people with a machete and has made comments about people and UFOs watching him.

Torres was taken into custody on Saturday. He was arraigned on Monday.