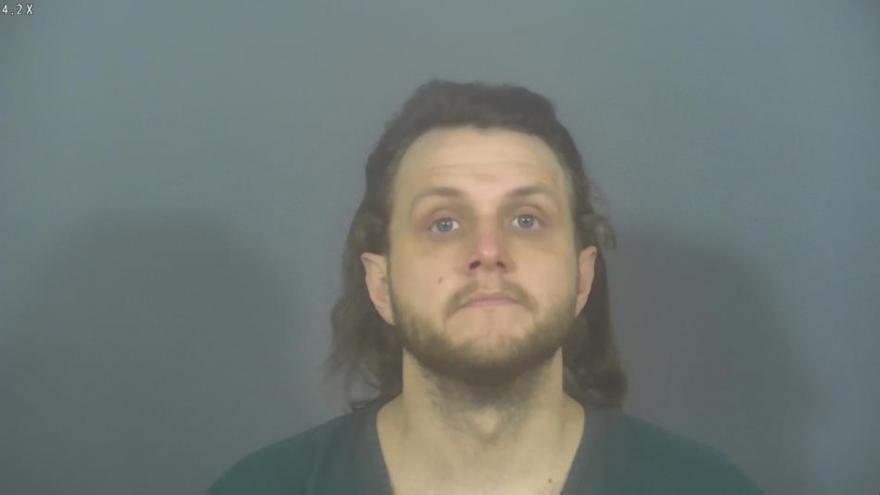 ST. JOSEPH COUNTY, Ind. – A man was arrested on Monday for allegedly holding a knife to his mom and threatening to kill her, according to the probable cause affidavit.

At a residence on 27th Street, an officer with the South Bend Police Department met with the victim and mother of 27-year-old Evan Nard, who said Nard became angry and irritated for no reason while they were watching television together, reports said.

Nard allegedly went into his bedroom, got a knife, and came back out, reports said.

He then allegedly grabbed the victim by the face and pulled her hair with one hand while holding the knife in the other hand, according to court documents.

The victim said she was in fear for her life.

The victim’s other son was present at the time of the incident. He said he stepped in between the victim and Nard, and when Nard raised the knife towards the victim, he was able to push the knife down, according to documents.

Nard then went into a bedroom, where he allegedly punched holes in the wall, reports said.

The victim complained of head pain.

At the residence, the officer found a knife on the floor, small holes in the hallway wall, and large holes in the bedroom wall, reports said.

When the officer spoke with Nard, Nard said he was just angry and an argument took place between him and his mother, according to reports.

He said he grabbed the victim by the shirt after she hit him, reports said.

Nard faces charges of intimidation and domestic battery. He is being held at the St. Joseph County Jail on a $2,000 bond.

His initial hearing is set for February 10.