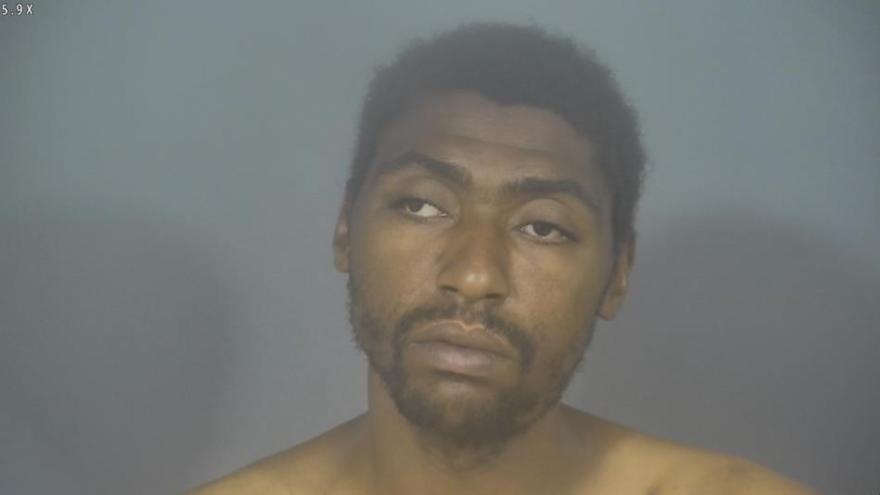 ST. JOSEPH COUNTY, Ind. - A man was arrested after he was seen allegedly throwing rocks at vehicles and punching a woman, according to the probable cause affidavit.

Stefan Thurmand was arrested on the charges of battery, resisting law enforcement, and two counts of intimidation.

On Thursday, officers with the Mishawaka Police Department were called to the intersection of 4th Street and Pine Street for a physical fight report.

At the scene, officers encountered Thurmand, who matched the suspect description.

Thurmand allegedly threw a rock at a patrol car as it pulled up.

A witness told police he saw Thurmand punch a woman and that Thurmand said he was going to shoot up the neighborhood.

Another witness told police that Thurmand was walking down the street throwing rocks at random cars and yelling about someone being pregnant and being tired of white people.

The woman said she was standing on her porch when Thurmand walked through her yard yelling.

Thurmand allegedly punched the woman with a closed fist, hitting her in the right arm and abdomen.

Thurmand then left the area west on 4th Street right before police arrived.

As officers put Thurmand in handcuffs, Thurmand allegedly said, "I'll shoot your [expletive deleted], I know what you look like."

Thurmand then tried to headbutt an officer, reports said.

He also twisted his upper body, which injured an officer's shoulder, police said.

Thurmand is being held at the St. Joseph County Jail on a $750 bond.