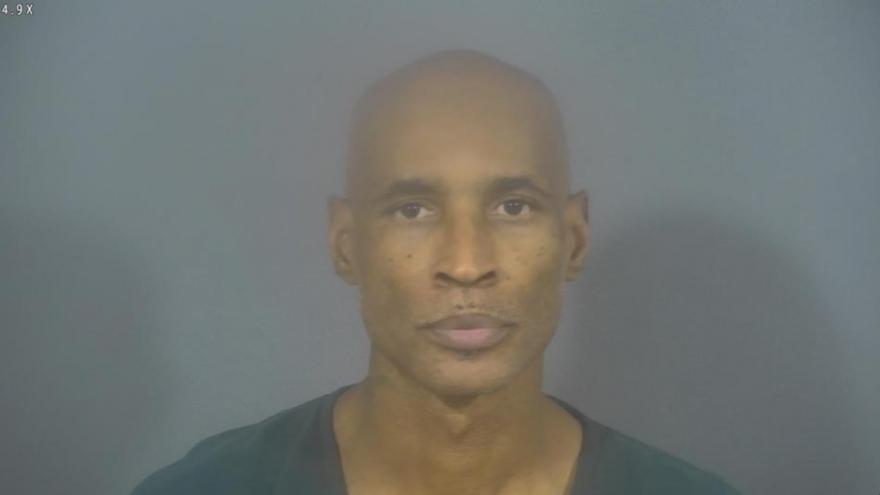 ST. JOSEPH COUNTY, Ind. – A man has been charged with domestic battery after allegedly trying to cut a woman’s throat with a box cutter in August, according to the probable cause affidavit.

On August 1, 2021, officers with the South Bend Police Department were called to a hospital for a report of a woman who had been cut with a knife.

When officers arrived, they spoke with the victim and noticed that she had a deep cut between her thumb and forefinger.

The victim told officers she had been in the 3400 block of Lincolnway West with 52-year-old John Howard Harper Jr. when they began arguing about money and marijuana.

The victim said Harper told her he was going to kill her, according to reports.

Harper then pulled out an orange box cutter knife and allegedly tried to cut the victim’s throat, reports said.

The victim defended herself by putting her hands into the air to block the knife, which led to her hand being injured.

The cut on the victim’s left hand was consistent with being cut with a box cutter, according to reports.

The victim said that, fearing for her life, she left Harper and went to find medical treatment.

Shortly after August 1, a detective with the Mishawaka Police Department spoke with Harper, who allegedly denied confronting the victim or cutting her, reports said.

Harper also said he was not in town for the week surrounding the date of the alleged incident, reports said.

Officers spoke with a person who knows both Harper and the victim who said that she knows Harper knows he was in town around the time of the incident, according to reports.

The witness said she is positive she saw Harper on the property where the victim lives the day before the incident, reports said.

Harper is being held with no bond at the St. Joseph County Jail.

He is due to be arraigned in court on Thursday afternoon.